El Salvador President Asks if the Destruction of United States is Done Intentionally
By Jim Hoft
Published February 3, 2022 at 7:35am 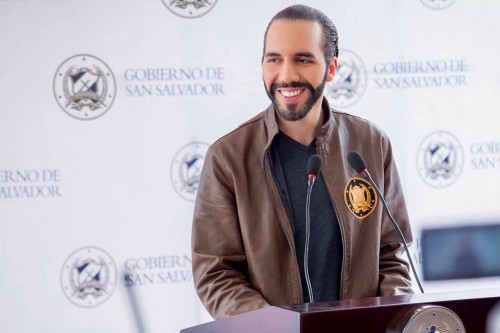 El Salvador President Nayib Bukele tweeted out on Monday wondering if there’s a deliberate plan to destroy the United States from within.

“Is there a deliberate plan to destroy the United States from within? Why are the authorities and some of the media not even commenting on this things? Why are they letting their beautiful cities rot?” President Bukele tweeted.His comment was in response to a New York Post report on empty shelves at a Rite Aid store in New York City that will be closing soon due to shoplifters.

America was once a great country but the left’s acceptance of crime, destruction of our cities, and attacks on the police have resulted in the most homicides in several US cities in 2021.

Democrat officials continue to allow looters to run wild and crime to skyrocket in New York and elsewhere.

After the criminals are caught and arrested, charges were reduced to a misdemeanor, and the thieves were back on the streets in less than 24 hours to steal again!

And thanks to Democrats and Joe Biden’s devastating policies, the US inflation measurement has reached its highest level in decades, since the early 1980’s.

El Salvador president Nayib Bukele says that the destruction of American cities may well be part of a “deliberate plan.”

His remarks are reminiscent of observations made by other international observers who look upon America’s embrace of woke platitudes amid the country’s crumbling infrastructure and rule of law.“Is there a deliberate plan to destroy the United States from within?” Bukele tweeted on Monday. “Why are the authorities and some of the media not even commenting on this things? Why are they letting their beautiful cities rot?”

Bukele, who gained international attention for making Bitcoin an official currency in his country of El Salvador, tweeted his remarks in response to a New York Post article highlighting empty shelves at a soon-to-be-shuttered Rite Aid store in New York City.

The store is one of many to be driven out of business since the start of the pandemic of unchecked shoplifting and organized looting. Across major US cities, prosecutors have refused to charge shoplifters, arguing that doing so disenfranchises people of color.
images/ondertekening.jpg
Omhoog
Plaats reactie
1 bericht • Pagina 1 van 1