Brazil's Bolsonaro Against the US Deep State

Brazil's Bolsonaro Against the US Deep State

Brazil's Bolsonaro Against the US Deep State
the Biden 'administration from hell' is pushing for criminal, America-hater Lula in October presidential election 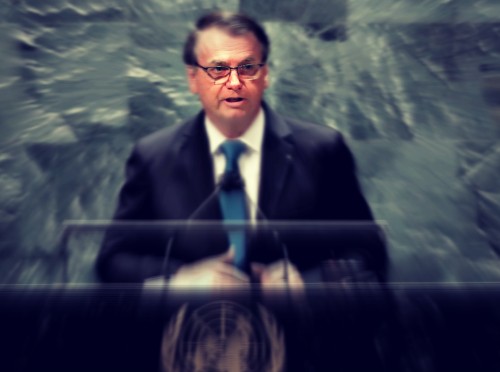 It's out in the open: Democrats and Globalists are all out to topple conservative Brazilian president Jair Bolsonaro in the upcoming October 3rd presidential election. There's just one problem to their plan: the Brazilian people.

The Independence Day on September 7th made it clearer than it ever was: Bolsonaro is the most beloved Brazilian president ever - it's not even close.

And that is not hyperbole at all, just see for yourself in the images that illustrate this post. 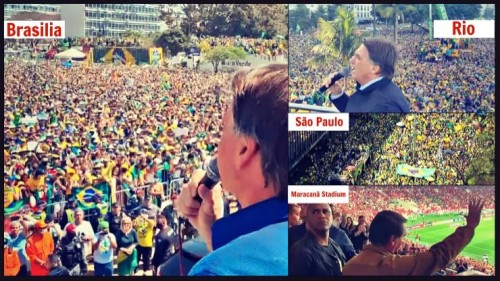 If you want, you can watch some of the nearly unbelievable videos of his campaign:

A million + people say the Lord's Prayer in unison.

A bird's eye view of the crowd in Brasilia.

The president is introduced to the crowd in Brasilia.

Rio's party was even greater and bigger!

Bolsonaro arrives in Rio like it's Beatlemania, only bigger.

Copacabana Beach, in Rio, was all yellow and green, and Bolsonaro is the goat. 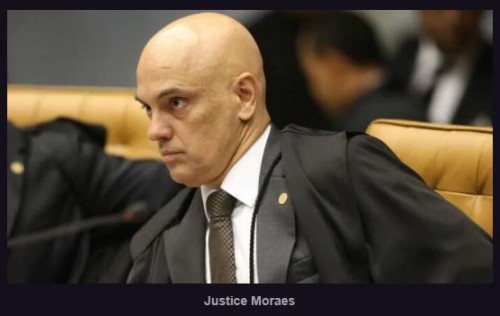 The opposition to the president is crystallized in two figures: the leftist candidate Lula and the rogue Supreme Court Justice Alexandre de Moraes. They have no popular support, but a significant deep state cover.

Moraes has spent the bulk of his legal career working for a Corporation tied to Brazil's largest criminal cartel, the PCC - which is in turn closely linked to Lula's Workers' Party (PT). The Justice has taken all manners of unconstitutional decisions against Bolsonaro and his followers.

He is also, by way of rotation, heading the Supreme Electoral Court that oversees the election. You can see how that is a problematic state of affairs. 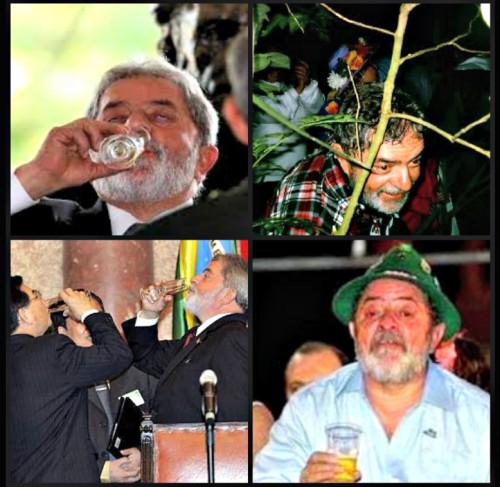 As for Lula, the two-term former Brazilian president, it suffices to say that he was in PRISON after being convicted in multiple corruption prosecutions. All his convictions were ratified by superior appellate courts. It was all done above board and by the book. He is guilty as sin.

But just as soon as the Biden administration from hell took office, the American and Brazilian deep states connected and, in an absurd turn of events, all Lula's convictions were vacated in make-up technicalities.

He literally was yanked out of prison right into the campaign trail.

Of course, even though he can't walk the streets afraid of the public reaction, all the fake pollsters have been publishing fake polls in which he is the absolute leader of the race. They are preparing the terrain for electoral fraud. 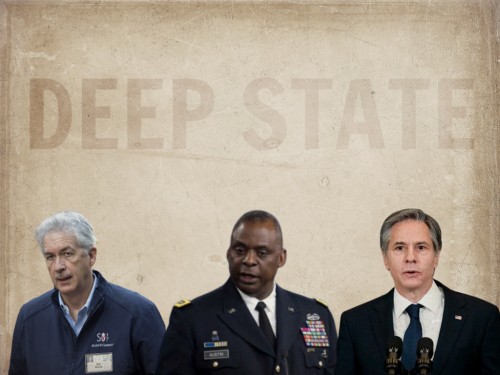 The American Deep State has been exerting major pressure on Bolsonaro, trying to bind his hands and make him accept the possibility of stolen elections.

Blinken was a little more subtle, but look at what he said:

'US Secretary of State, Antony Blinken, put out a note celebrating the Bi-centennial of the Brazilian Independence, and highlighting the mutual commitment to democracy.

“Together, our countries can ensure regional peace and security, advance human rights and racial justice, and build a safe, healthy, sustainable and prosperous future for generations to come.”

The US military is also meddling in the upcoming elections. Mr. 'Double-Mask and Face Shield' Austin has much to say.

In Brazil, Biden's defense chief says militaries must be under civilian control

[They actually are, under the constitutional civilian control of the elected president and Commander-in-Chief, Jair Bolsonaro.]

Bolsonaro, a former Army captain, told diplomats earlier this month that the Brazilian military should be called in to help secure transparency in the election. He has pushed electoral authorities [i.e. Justice Moraes] to accept a parallel vote count to be carried out by the armed forces. 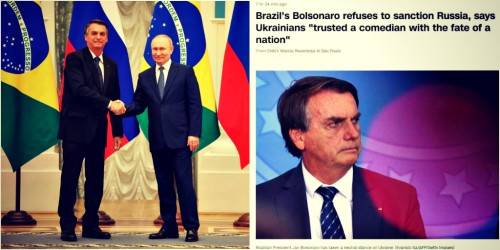 The Biden 'Administration from Hell' pushed America-loving Bolsonaro far away from them, but he displayed sharp geopolitical skills. Who could have thought that the fiercely anti-communist president would become closer with former KGB chief Vladimir Putin?

Bolsonaro is working for a multi-polar world, and his Russian negotiations kept fuel and energy prices in check. These are not abstractions: in fact, this last month my own personal electricity bill came 15% cheaper than it usually is. NOT more expensive. 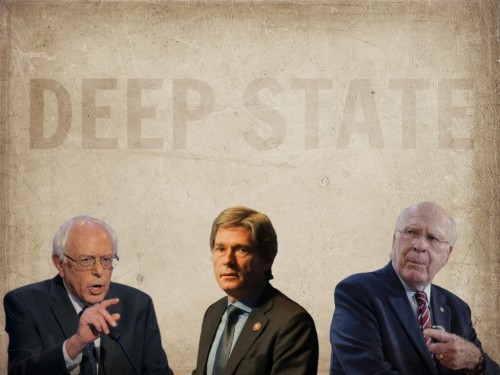 Deep-staters in the US Congress are also out in force trying to make sure America-hater Lula, connected to Cubans, Venezuelans and Nicaraguans, gets to steal the race.

'US parliamentarians began to launch offensives in the Senate and the House with projects to press for the immediate recognition of the results of the Brazilian elections, scheduled for the month of October.

The initiative is led by Senator Bernie Sanders. In the text, he wants the Joe Biden administration to automatically recognize whoever is whoever is recognized as the winner by the Brazilian Electoral Justice be sworn in as Chief Executive.

Senator Patrick Leahy: “The fate of Brazilian democracy, which is under daily attack by President Bolsonaro, and of US-Brazil relations will be decided in the upcoming elections. The Biden administration must make it unequivocally clear that the costs of subverting a free and fair election will be immediate and severe".

Bernie Sanders: “If the result [of the election] turns out to be something illegal, if there is a military coup that puts in place an illegal government, the US has to make this very clear: Brazil will not have support, financial or otherwise”. 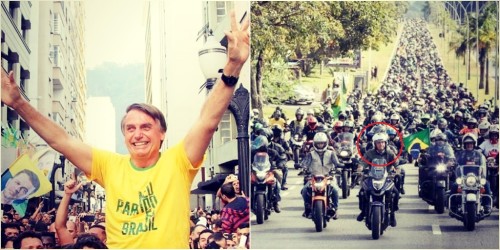 But even with the relentless attacks by the mainstream media, and the international pressure from all kinds of Globalists and leftists such as Macron or Leonardo Di Caprio, Bolsonaro's clout with the Brazilian population only grows, and he is called by them as the 'Myth', the legend.

His creative campaign has held dozens of MASSIVE motorcades all over Brazil, made up of cars, and mostly motorcycles, but also bicycles, boats, tractors and even horses. There has never been anything like that in Brazil. 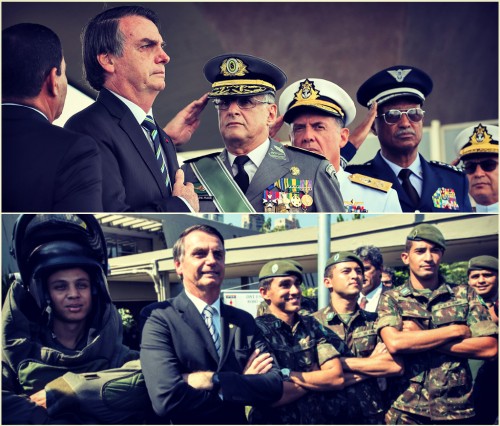 To prevent the stealing of the elections by the PT with their rogue Supreme Court Justices, the president has, besides the overwhelming popular support, the control of the Army, both in a Constitutional level and also as a matter of his popularity with the troops.

The New York Times, who never saw a tyrant they didn't love, is also rooting for criminal Lula. They go all in asking for the US to 'scare' the Brazilian Government into compliance.

In the United Nations' General Assembly, Jair Bolsonaro makes it clear why the left and Globalists hate him:

"Other fundamental values for Brazilian society, reflected in the human rights agenda, are the defense of the family, of the right to life from conception, to legitimate defense, and the rejection of gender ideology." 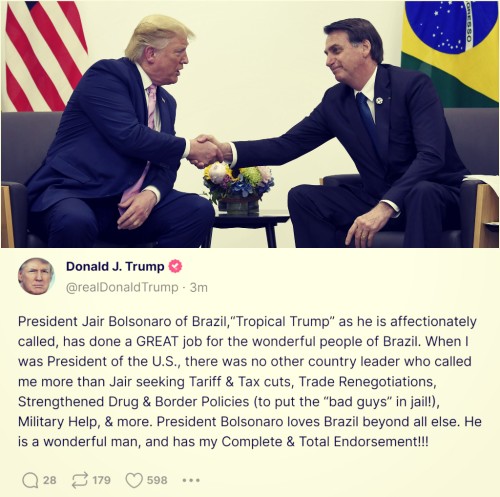 Patriots in America are naturally rooting for Bolsonaro, starting with the GOAT, Donald John Trump:

'President Bolsonaro loves Brazil beyond all else. He is a wonderful man, and has my Complete & Total Endorsement!!!' 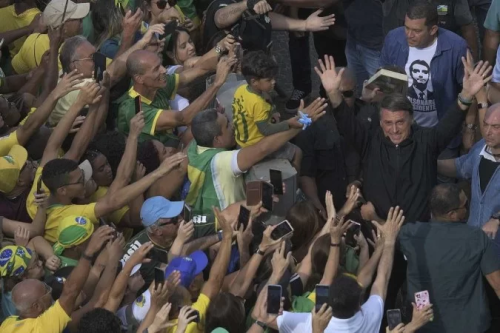 All in all, the Deep State plans will probably stumble in the will of overwhelming majority of Brazilian citizens. Stealing an election isn't a perfect science. It was not possible to prevent Bolsonaro's victory in 2018, and he now has much, much more popular support. Pray for Brazil.
images/ondertekening.jpg
Omhoog
Plaats reactie
1 bericht • Pagina 1 van 1