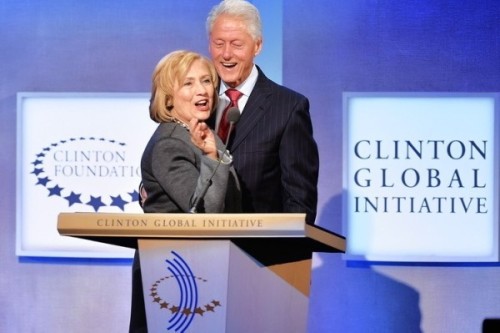 The Clinton machine is back in action and restarted its global pay-to-play operation.

“Very excited for the return of Clinton Global Initiative next week — now is the time for us to work together and get good things done for people and the planet.” Former President Bill Clinton said on Friday.

In December 2018, the House Oversight Subcommittee on Government Operations held a hearing on Capitol Hill on the Clinton Foundation.

The whistleblowers, Lawrence Doyle of DM Income Advisors and John Moynihan of JFM Associates, argued that according to their research, the Clinton Foundation was operating outside of its bounds as a 501c3 non-profit organization and instead operated exactly like the global fund in Geneva, Switzerland by brokering money and pharmaceuticals.

Mr. Moynihan also stated that 60% of the donations going to the Clinton Foundation were used for “administration fees” which is a stark difference from the industry norm of 10-15% for admin fees.

“The investigation clearly demonstrates that the [Clinton] Foundation was not a charitable organization per se, but in pointed fact was a closely held family partnership,” Mr. Doyle said.

Doyle continued, “As such, it was governed in a fashion in which is sought in large measure to advance the personal interests of its principles as detailed within the financial analysis…and further confirmed within the supporting documentation and evidence.”

Congressman Jim Jordan (R-OH) asked the whistleblowers to elaborate on their claims the Clinton Foundation was operating as an agent of a foreign government.

Mr. Moynihan then explained to Congressman Jordan that the Clinton Foundation became a hybrid of a private foundation and a public charity which they were not approved to do.

In a shocking admission, Mr. Moynihan said, “Our analysis shows that this hybrid modeled the global fund in Geneva, Switzerland.”

The Clinton Foundation was doing all of this and not paying the same taxes as they would had they been operating as a partnership which means they potentially misled the IRS.
images/ondertekening.jpg
Omhoog
Plaats reactie
1 bericht • Pagina 1 van 1