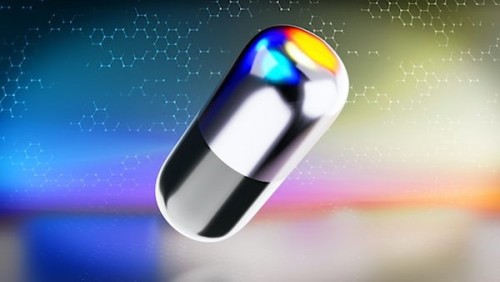 The fights still are going on today: Court wars over some governmental, corporate or educational demand that someone else taken the COVID-19 shots.

The toll from the side effects created by the experimental shots may never be fully known, even as those experts who demanded America's population be subject to their doubtful medical agenda be punished for failing to comply.

But now there's a new level of control being discussed: ingestible medications with microchips embedded that would send a signal to authorities – but only after you have taken your medicine.

"Imagine the compliance," noted Albert Bourla, the CEO of Pfizer, which had revenue in the billions from the COVID shots.

The new revelation was cited in a report in Summit News, where writer Paul Joseph Watson cited a discussion on the World Economic Forum site.

The forum discusses a variety of concepts about augmented reality, and it argues, "As scary as chip implants may sound, they form part of a natural evolution that wearables once underwent. Hearing aids or glasses no longer carry a stigma."

It doesn't include in its explanation that glasses and hearing aids are neither embedded in the body, nor are they subject to control by outside forces.

On the WEF site, scientist Kathleen Philips claimed, "They are accessories and are even considered a fashion item. Likewise, implants will evolve into a commodity."

The Summit News report said, "The technology is in need of 'the right support, vision, and audacity,' which of course will be provided by your technocratic overlords, the same people who are desperately trying to censor the Internet so they can’t be criticized."

"Should you implant a tracking chip in your child?" asked the scientist, adding, "There are solid, rational reasons for it, like safety."

The report noted Klaus Schwab, WEF chief, previously has promoted microchips, claiming they will be implantable and will be able to read your thoughts.

It was Bourla, during the WEF's recent meeting, who explained those ingestible pills with a radio signal to tell authorities when the medicine has been taken.
images/ondertekening.jpg
Omhoog
Plaats reactie
1 bericht • Pagina 1 van 1