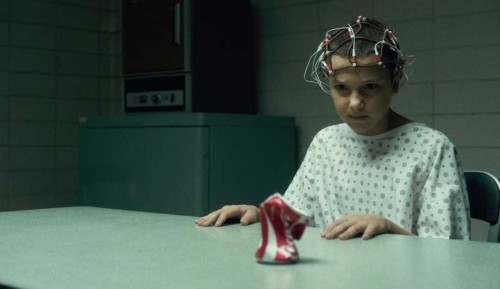 You may have heard of Kanye West, Marilyn Monroe, or Britney Spears being victims of it, and it’s even the source of Eleven’s powers in “Stranger Things.” Is it nothing but a conspiracy theory that lends itself well to drama and sci-fi stories? Or is it actually real?

For starters, MK-Ultra actually happened, and it had very real consequences. Because it falls under the “conspiracy theories” category, some may be quick to dismiss it or the impact it had on our culture, and it’s been meme-ified enough that the mere mention of it may get you some eye-rolls.

All a conspiracy theory is, though, is a theory that explains a series of events or outcomes as the result of some secret plan. How different is this principle from a scientific hypothesis? Of course, it may be difficult for the average person to prove without a doubt that a particular conspiracy theory is true, but in the case of MK-Ultra, it’s been confirmed by the government itself.

What Is MK-Ultra?
It’d be unfair to explain what MK-Ultra is without first explaining the historical context under which it came to be. What was going on during the late 1940s that would ultimately serve as the impetus for MK-Ultra experiments?

Right after World War II, the U.S. effectively entered a state of tension that would eventually escalate into the Cold War. We were hyper-focused on what our enemies are doing: The Soviet Union and China were reportedly experimenting with what at the time was called “brainwashing.” Then, during the Korean War, American POWs were recorded making anti-American statements on video and reportedly didn’t want to return home after the war, which further cemented the fear that brainwashing was real and our enemies knew how to use it against us.

One of the original initiatives of MK-Ultra was to create a “truth serum,” and this was spearheaded by Sidney Gottlieb (known in some circles as “the Black Sorcerer”). The driving hypothesis was that in order to control the mind, you needed to place it in a heavily altered state. This could be done by way of several avenues.

Former CIA agent Mike Baker considers “MK-Ultra” to be the umbrella term for over 100 experiments that involved electroconvulsive therapy, testing chemical substances, use of psychedelic drugs, inducing certain behaviors, implanting false memories, and deleting memories. All of these were conducted with the goal of altering the mind such that truth could be extracted. One declassified document from 1955 revealed that other additional goals included finding a way to slow or accelerate aging in a person, and develop a way to make them act impulsively and erratically so that they could be discredited in public.

While the experiments were meant to give soldiers, spies, and other officials a means to defend themselves against our enemies, the experiments eventually progressed so that the focus shifted into offensive thinking: How could we control our enemies?

MK-Ultra experiments were conducted in prisons, mental hospitals, and universities all across the U.S., sometimes on unwitting participants. In some cases, researchers themselves weren’t aware that the experimentation was being done for the CIA. The main targets of experimentation were, according to Gottlieb, “people who could not fight back.” Picture prostitutes, drug addicts, prisoners (especially those that were already drug-addicted), and those already suffering from adverse mental conditions.

One famous experiment was called Midnight Climax. The CIA converted a safe house into a brothel, where government-employed prostitutes slipped LSD or other psychedelics to unwitting Johns, who were then observed by researchers across a two-way mirror. The intention here was to observe the behavior on certain drugs, and how it impacted the way they spoke and with what ease the prostitutes could extract information from them after being given the drugs.

Until about the mid-1960s, MK-Ultra experiments were conducted. By the end of it, no conclusive advancements had been made in the areas of mind control and brainwashing. With that, the CIA supposedly retired the project, and whatever records that weren’t poorly kept were destroyed, on account of the numerous ethical violations that went on during the experiments. Regardless, details about MK-Ultra were made public in 1975 during a congressional investigation into illegal CIA activities, and some of the remaining documents were declassified.

Some people believe these experiments are still taking place. And honestly, on what grounds can they be irrefutably, without-a-doubt discounted? The government kept these experiments secret in the first place, and they weren’t looking to share this information with the American public until an investigation took place. Why should we expect them to all of a sudden be transparent or act ethically?

Celebrities: Victims? Or Excuses?
Some of the more famous participants of MK-Ultra include Ken Kesey, author of One Flew over the Cuckoo’s Nest, Grateful Dead lyricist Robert Hunter, and presumably Ted Kaczynski (better known as The Unabomber). Kaczynski was a participant in a psychological “experiment” conducted by Henry Murray at Harvard, while he was still a young teen, having been accepted into Harvard when he was just 16 years old. The so-called experiment had participants write about their ideas, beliefs, and desires, and then be subjected to verbal abuse aiming to ridicule, humiliate, and debase the participants. Some attribute this to have been a tipping point for Kaczynski, which would lead him to become The Unabomber.

Despite MK-Ultra reportedly ending in the mid-1960s, it’s still invoked in our modern discourse. Many today claim that numerous contemporary celebrities have been victims of it, notably Kanye West, Marilyn Monroe, and Britney Spears. It’s also been referenced in contemporary media, such as in Stranger Things; Eleven’s powers of remote viewing are based on goals for several MK-Ultra experiments.

In the case of celebrities, some of the “evidence” of them having been subject to MK-Ultra is dubious at best. Some on Reddit believe Kanye was MK-Ultra’d because “why else would he be friendly with former President Donald Trump, or dare to not support the Democrat party?” Others attribute the imagery in his music videos and his lyrics to him putting out the message that mind control is real and that he has broken free of it. His public behavior (i.e. bashing his ex-wife Kim Kardashian on social media, or expressing anger or aggression in public) is also something that’s chalked up to him being a victim of MK-Ultra.

With Marilyn Monroe, they attribute her success in the entertainment industry and her position as a cultural icon to having been a sex slave for the elite, with her compliance and submissiveness made possible by mind control through MK-Ultra experimentation. In a similar vein, Britney Spears is said to be a victim of MK-Ultra because of her public breakdowns and an interview she did where she appears to mentally break after saying the word “weird”; some MK-Ultra experiments aimed to condition participants to be triggered by a certain keyword.

It could be MK-Ultra, but there are simpler explanations for these celebrities and their odd behaviors.

At the end of it all, it could be MK-Ultra, but there are simpler explanations that are readily available for these celebrities and their odd behaviors. Is it that out of the blue that a celebrity like Kanye with bipolar and who struggled with mental health after the loss of his mother, who’s now going through a public divorce, may display anger?

In the case of Marilyn Monroe, she spent her childhood in foster care, where she endured sexual abuse that was simply dismissed when she told the adults who were supposed to care for her. Then on her journey to become a world-renowned beauty and sex icon, she was allegedly beholden to servicing powerful men in the entertainment industry, according to her former husband’s niece, June DiMaggio. All of that alone, without any real support, would be enough to put someone in a bad place, without the addition of mind manipulation from MK-Ultra.

Regarding Britney Spears, is it so crazy to think she could have just been traumatized by the years of harassment and abuse at the hands of paparazzi, and the inability to live as a regular girl or woman without being subject to insults and criticism, and eventually having her own freedom restricted?

Closing Thoughts
MK-Ultra is definitely real, and its presence in pop-culture and contemporary media has at least made it so that more people are aware of it, even if some dismiss it as a “conspiracy theory.” It’s definitely interesting and reveals so much about our history, our government, and the demented, depraved side of human nature. There are many unknown victims of MK-Ultra, and those responsible for the horrible experimentation and deaths of people have not been brought to justice, and they likely never will. Readers are encouraged to look at the history of MK-Ultra through as many accounts as they can, given that there’s so much we still don’t know about it.
images/ondertekening.jpg
Omhoog
Plaats reactie
1 bericht • Pagina 1 van 1