TRUMP FILES DEFAMATION LAWSUIT AGAINST CNN, VOWS TO SUE OTHERS ‘WHO HAVE DEFRAUDED THE PUBLIC’ REGARDING THE 2020 ELECTION
by Alex Caldwell July 27, 2022 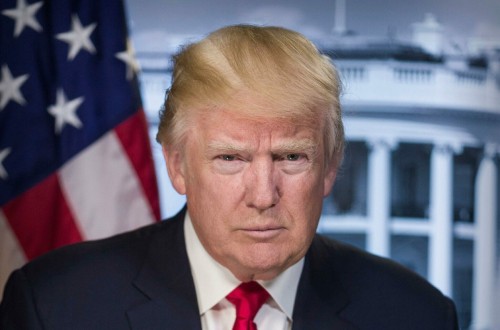 President Donald Trump announced his intent to file lawsuits against several media outlets, including CNN, over their “repeated defamatory statements” against him.

“I have notified CNN of my intent to file a lawsuit over their repeated defamatory statements against me,” Trump wrote via his Save America PAC on Wednesday. “I will also be commencing actions against other media outlets who have defamed me and defrauded the public regarding the overwhelming evidence of fraud throughout the 2020 Election.”

Trump continued, “I will never stop fighting for the truth and for the future of our Country!”

In his letter of intent, Trump said CNN, who calls themselves “the most trusted name in news,” broadcast “numerous articles and televised transmissions” with the intent of hurting his presidency and negatively affecting his reelection.

“CNN’s reporting, both before the election, as well as after the election, consistently fed a narrative that denounced President Trump’s legitimacy and competency,” the letter read.

The 45th president slammed CNN’s coverage of the presidential races from 2016 and 2020. He accused them of airing false, unchallenged statements from media personalities who declared that he was “illegitimately elected” president in 2016.

In 2020, however, CNN seemingly dismissed all claims of election fraud, according to the document. CNN accused Trump of spreading misinformation, or “the Big Lie,” which they compared to the words of Nazis Adolf Hitler and Joseph Goebbels.

“One can only hope that Trump was aware that his quote was a near-replication of this infamous line from Nazi Joseph Goebbels: ‘If you tell a lie big enough and keep repeating it, people will eventually come to believe it,'” CNN Editor-at-large Chris Cillizza wrote in July 2021.

The document also cited undercover footage from an Apr. 2021 Project Veritas video as evidence the liberal news network worked tirelessly to get President Trump out of the White House in 2020.

“Look at what we did. We [CNN] got Trump out. I’m 100 percent going to say it, and I 100 percent believe that if it wasn’t for CNN, I don’t know that Trump would have got voted out,” admitted CNN Technical Director Charlie Chester.

The 282-page notice of intent, dated July 21, called upon CNN to publish a “full and fair correction, apology, or retraction” for all of their libelous articles and broadcasts, in accordance with the Florida Statues.

According to Fla. Statute § 770.02, media networks must issue a “correction, apology, or retraction” of their libelous materials within 10 days of receiving a notice before they are subject to lawsuits and damages.

President Trump has not yet revealed the other news networks that he intends to sue.

RSBN has reached out to CNN for a comment, but has not heard back. This is a developing story.