Firstly, huge shoutout to Red Pill Pharmacist for finding this story. But you all know me, there’s lots of analysis to be had and continued trends that need to be highlighted. Let’s get into it.

North Korea said back in February that the US policy was the “root cause of the Ukraine crisis”. Today, the North Korean State sponsored news said Washington, "set up many biological labs in tens of countries and regions, including Ukraine, in disregard of the international treaties", citing their reports are from what Russia “detected”, in reference to the Special Military Operation in Ukraine.

So North Korea are standing in solidarity with Russia, accusing the US of creating biological weapons. If you tell this to a normie, they will brush it off and assume anything that comes from a US enemy is to be immediately disregarded as disinformation. So frankly, I wouldn’t even bother. Just sit quietly in the corner and smirk.This statement from North Korea coincides with the trend of world leaders that Trump visited and has good relationships with. Just as Trump met with Putin, Xi, Bin Salman, Modi, Bolsonaro, etc.; Trump did the unthinkable and made peace with North Korea and Kim Jong Un. Who for many years, was the MSM’s favorite boogeyman to threaten the sheep with nuclear destruction. 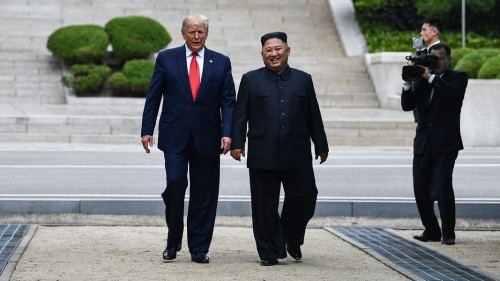 Remember how the media hated it? Remember how the DNC politicians tried to tell you this was a bad thing? Remember how the entire left-wing machine were screeching that Trump is going to kill us all, back when he was dropping rocket man tweets? There’s a reason why they were so upset about it.

For those who are unaware, North Korea used to be a CIA/Deep State proxy. Trump cut the strings and freed the North Koreans from the Globalists. With Kim Jong Un taking his stance today, and calling out the globalists for making biological weapons in Ukraine, it CONFIRMS that Kim Jong Un is anti-globalist, and therefore on Trump’s side.

Another trend I am starting to notice are the geographic selections for Deep State proxies. They all tend to be pressed up directly on the border of the US’ greatest enemies. Ukraine next to Russia. North Korea and Taiwan next to China. And as we can clearly see, Russia and China aren’t taking it anymore. They don’t want “liberal-globalist” entities near their countries.

Another trend is, the list of countries accusing the US of creating biological weapons, its growing larger. Meaning the West are losing the propaganda battle. More and more countries are standing with Russia by the day. How many countries will it take for the UN to take what’s going on seriously?

As of now we are up to in total: 13 countries and nearly 4 BILLION people. Half the world’s population and growing.

That list is going to keep getting longer and longer. And at some point along the way, the West will have to give in, or risk kinetic global warfare. And I’ll tell you right now, the US MIL aren’t taking part in it. They are already working with the Russian and Chinese MIL, and they will hand over the politicians Russia wants, long before risking the lives of all human life.

This will end with Russia getting what they want. And they want to hold international military tribunals in Ukraine for violations of the Biological Weapons Convention. And the top 4 names on the list of criminals are: 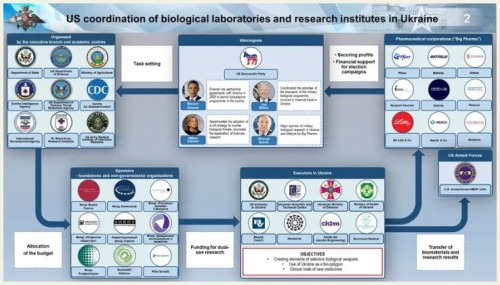 This is the most plausible and direct avenue to our end goal. If there is a “plan”, and we have seen mountains of incontrovertible evidence to suggest there is, then this is how it is resolved.

We were promised Deep State criminals in military tribunals, and Trump, and all of his foreign allies, intend to deliver.