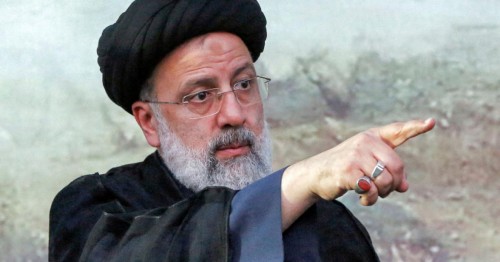 "Uprising till Overthrow," the group behind the attack, is reportedly affiliated with Iran's largest and most prominent opposition group, the exiled People's Mojahedin Organization of Iran, or MEK, which is based in Albania.

In the operation, Uprising till Overthrow took over at least six websites and defaced several others with pictures of Iranian resistance leaders, according to the MEK.

The cyber offensive targeted the Islamic Culture and Communication Organization, which helps export the regime's Islamist ideology abroad. The organization's leadership is appointed by the supreme leader of Iran.

Dozens of servers and databases were wiped in the hacking operation, which also yielded valuable information about the regime's front organizations abroad, money laundering activities and international network of spies and terrorists, according to the MEK.

In a video released by the hackers, they claimed to have obtained 200,000 documents, including identities of ICCO employees abroad and directives from secret correspondence with the president's office.

The cyber attack came about a month after a network of Iranian dissidents associated with the MEK conducted an extensive operation, planned months in advance, in which they controlled and took down thousands of servers and security cameras across the capital city of Tehran, using their access to send hundreds of thousands of anti-government messages.

Top Iranian officials have access to the network of security cameras, which has been used to identify and detain protesters demonstrating against the Islamist regime as part of its surveillance and suppression of the Iranian people.

The Iranian resistance also acquired significant intelligence from the operation, according to a member of the opposition operating inside Iran who recently spoke to Just the News.

These operations have come amid ongoing anti-government protests that have erupted across Iran in recent months.
images/ondertekening.jpg
Omhoog
Plaats reactie
1 bericht • Pagina 1 van 1