Ghislaine Maxwell Touted Her Connection to Bill Clinton, How She Helped Launch His Global Initiative

Ghislaine Maxwell Touted Her Connection to Bill Clinton, How She Helped Launch His Global Initiative

Ghislaine Maxwell Touted Her Connection to Bill Clinton, How She Helped Launch His Global Initiative
by John Symank June 20, 2022 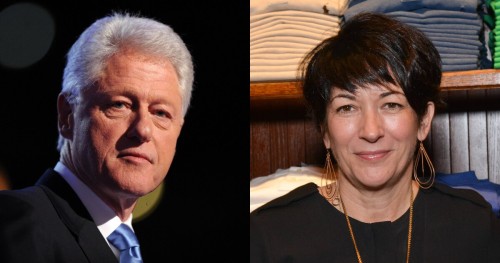 Ghislaine Maxwell cited her relationship with former President Bill Clinton as a reason to lessen her sentence for trafficking underage girls for her former partner Jeffrey Epstein.

Maxwell referenced her work with Clinton’s philanthropic efforts, specifically her efforts in launching the Clinton Global Initiative, as proof that she has a “desire to do good in the world,” and therefore she should only be sentenced to four years in jail.

Epstein’s former partner was found guilty of trafficking and sexually abusing underage girls last December and will be sentenced on Monday.

Maxwell not only claimed that she had received death threats in prison, but had also been told by her guards that “there was concern she could be shot by a sniper,” the alleged explanation for why she was being held in such high security conditions.

Her 77-page filing claims that prosecutors made her a scapegoat for Epstein, who hung himself in 2019 while awaiting trial. It also references “history of philanthropy, charitable work, and helping others, namely her work with the Clinton Global Initiative.”

“Ms. Maxwell has always worked hard,” the filing says. “Her many educational, occupational, and avocational accomplishments include becoming an Emergency Medical Technician (EMT), a helicopter pilot, a submersible pilot, a banker; partnering with the Cleveland Clinic to establish a telemedicine platform to enable people in remote areas to obtain quality medical treatment; helping develop the Clinton Global Initiative; and supporting a variety non-profit and charitable organizations.”

It also claims that she is not an “heiress, villain, or vapid socialite,” saying instead that “she has energy, drive, commitment, a strong work ethic, and desire to do good in the world.”

“She has supported friends and family through tough times and personal crisis and currently is assisting women in her unit at the MDC. She has endeavored to contribute to society….(by) helping launch the Clinton Global Initiative.”