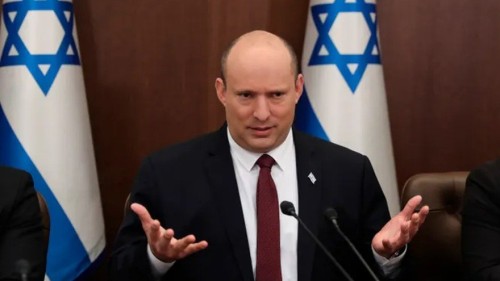 Israeli Prime Minister Naftali Bennett’s office announced Monday that his weakened coalition would be disbanded, and the country would head to new elections in the fall.

In a joint statement, Bennett and Lapid said they would bring a bill to dissolve the Knesset to a vote next Monday

The election could result in a return to power by longtime Prime Minister Benjamin Netanyahu, now the opposition leader.

Since taking office last year, Bennett has struggled to keep his unruly coalition of eight parties together. The party has not had a majority in parliament for over two months due to multiple exits.

Bennett’s office said that Bennett and his leading coalition partner, Yair Lapid, decided to present a vote to dissolve parliament in the coming days.

Lapid would then serve as caretaker prime minister.

Bennett formed the eight-party coalition in June 2021. At conception, the alliance included a diverse array of parties.

Bennett’s coalition made history by becoming the first Israeli coalition government to include an Arab party.

Israel held four inconclusive elections between 2019 and 2021 that were nothing more than expanded referendums concerning Netanyahu’s ability to lead while on trial for corruption.

Netanyahu has denied any wrongdoing.

Polls forecast that Netanyahu’s hardline Likud will again emerge as the largest single party. But it remains unclear whether he could muster the required support of a majority of lawmakers to form a new government.
images/ondertekening.jpg
Omhoog
Plaats reactie
1 bericht • Pagina 1 van 1