WHO to Convene Emergency Committee on Monkeypox

WHO to Convene Emergency Committee on Monkeypox

WHO to Convene Emergency Committee on Monkeypox
By Michelle Edwards -June 15, 2022

The World Health Organization (WHO) announced Tuesday that it would convene an emergency committee next week to assess whether the current spread of monkeypox constitutes a Public Health Emergency of International Concern (PHEIC). The announcement follows the spread of the disease in at least 32 new countries outside the nine African countries where it is endemic.

According to the legal framework of the International Health Regulations (IHR), a formal declaration of a PHEIC—which currently applies only to the COVID-19 pandemic and polio—is the highest level of global alert issued by the WHO. Page 9 of the Regulations outlines a “public health emergency of international concern” further, stating:

“[a] public health emergency of international concern means an extraordinary event which is determined, as provided in these Regulations:

(i) to constitute a public health risk to other States through the international spread of disease and
(ii) to potentially require a coordinated international response.

Likewise, IHR stipulates that the situation must be serious, sudden, unusual, or unexpected, carry implications for public health across borders, and might require international action. According to StatNews, due to the limited global smallpox vaccine supply approved to treat monkeypox, there is already evidence that the response to the virus will need international coordination.

Commenting that monkeypox is “clearly unusual and concerning,” WHO director Tedros Adhanom Gebreyesus stated the emergency committee meeting would take place on June 23. As of June 14, the Centers for Disease Control and Prevention (CDC) reports there have been 1,879 confirmed cases of monkeypox in 35 countries. Tedros noted that the WHO does not currently recommend mass vaccination against monkeypox. Still, given the current rate of spread, monkeypox numbers will have most likely increased by next week’s meeting. 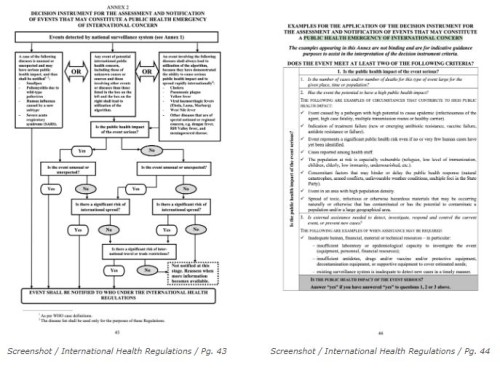 The WHO reports 72 monkeypox deaths this year in endemic countries and is currently investigating a possible monkeypox death in Brazil. According to WHO’s vaccine and immunization guidance published on Tuesday, the organization—which seeks more global authority in future pandemics—predicts monkeypox cases will persist around the globe in various population clusters. The WHO remarked:

“While in the current outbreak most but not all initially reported cases from four WHO regions are among persons who self-identify as men who have sex with men, it is expected that other cases will continue to occur in different population groups.”

Speaking to journalists in Geneva on June 11, WHO smallpox expert Rosamund Lewis stated it was crucial to raise awareness about the risks associated with monkeypox. Ibrahima Socé Fall, WHO Deputy Director for Emergency Response, explained the risk of spread in Europe is “high” but presently appears moderate in the rest of the world. Still, he said there are knowledge gaps regarding how monkeypox is transmitted. Fall commented: 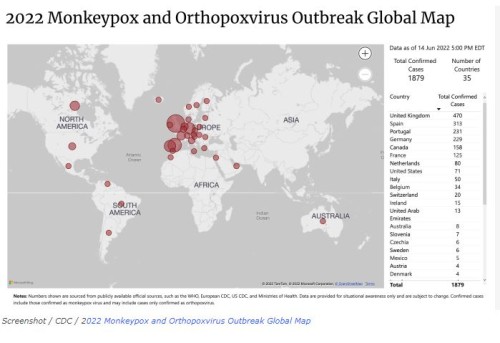 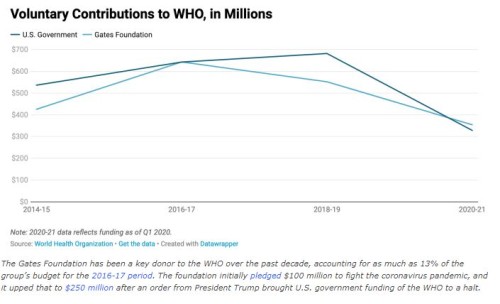 WHO’s Emergency Meeting to Discuss “novel coronavirus 2019”
A look back to early 2020, when the WHO convened its second emergency committee meeting on Jan. 30 to discuss “the outbreak of novel coronavirus 2019 in the People’s Republic of China,” there were 7,711 confirmed cases and 12,167 suspected cases of the virus in the CCP. Of the confirmed cases, the WHO reported 1,370 were severe—with 170 deaths—while 124 individuals had recovered and been discharged from the hospital.

Besides the cases reported in China, the WHO Secretariat advised the emergency committee there were also 83 cases in 18 other countries. Of these, the Secretariat stated only 7 had no connection to travel in China. Likewise, the WHO leader noted human-to-human transmission in three countries outside of China, one being severe and no deaths.

In concluding its meeting, the WHO followed the recommendations of the emergency committee, and on Jan. 30, 2020, Tedros declared that the coronavirus outbreak constituted a PHEIC. At the time, the WHO emphasized that the declaration of a PHEIC “should be seen in the spirit of support and appreciation for China, its people, and the actions China has taken on the front lines of this outbreak, with transparency, and, it is to be hoped, with success.”

Immediately, the WHO reminded 196 countries, including 194 WHO Member States, that they were “legally required” under the IHR to share information about the declared emergency with WHO. The WHO asserted that cases might appear “in any country,” and therefore, declared:

“All countries should be prepared for containment, including active surveillance, early detection, isolation and case management, contact tracing and prevention of onward spread of 2019-nCoVinfection, and to share full data with WHO.”

Scientists Push to Change Name of Monkeypox
Re-emphasizing the importance of contract tracing and comprehensive surveillance of monkeypox cases, Tedros reported the WHO is working with partners on renaming Monkeypox and its variants to be less prejudicial. He also noted the agency hopes to put in place a mechanism to help share available vaccines for the virus “more equitably” as the need emerges.

The name change comes after urging from a group of scientists in Africa and elsewhere. More than two dozen scientists wrote, “In the context of the current global outbreak, continued reference to, and nomenclature of this virus being African is not only inaccurate but is also discriminatory and stigmatizing.” Christian Happi, director of the African Center of Excellence for Genomics of Infectious Diseases at Redeemer’s University in Ede, Nigeria, was one of the main drivers of the proposal to change the name. He remarked:

“We find that very discriminatory, we find that very stigmatizing and to some extent … I find it very racist. The mainstream media, instead of showing pictures of people that are presenting with the lesions, which are white men, they keep putting forward pictures of children in Africa and Africans. And there’s no connection.”