Iran and Venezuela Sign a 20-Year Agreement – Will Confront the US Together
By Joe Hoft
Published June 13, 2022 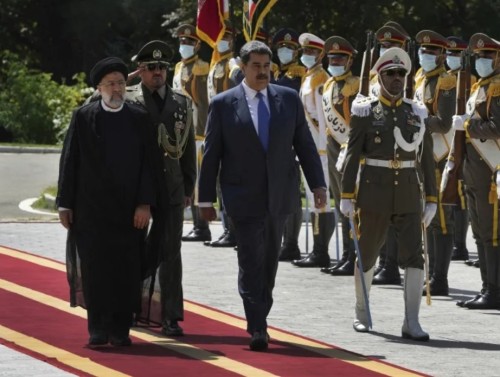 Iran and Venezuela Sign an Agreement to work closely together for the next 20 years.

The Associated Press reported that this new agreement came just one day after Maduro praised the Iranian Islamic Republic for sending badly needed fuel to Venezuela despite American sanctions.

In an interview with Maduro after he arrived for a two-day visit in Tehran, Iranian state media reported that Maduro heaped praise upon Iran’s efforts to send fuel tankers in support of his country.

Maduro said, “Tehran’s delivery of oil to Caracas was a great help to the Venezuelan people.”

This statement is plain crazy. Venezuela which by many estimates has some of the largest oil reserves in the world thanks Iran for helping provide the Venezuelan people with oil.

This is what happens when socialist tyrants and religious zealots take over countries with much wealth. The common people starve while the leaders roll in the money.

By the way, this is not the first time Iran and Venezuela worked together. Obama worked with these regimes who were working together to destroy the US. 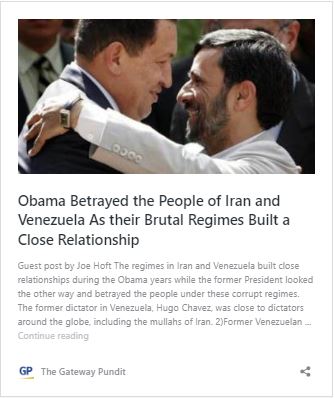