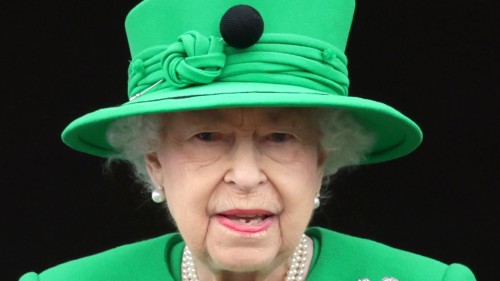 The Queen is to lose her status as head of state in the Caribbean island of Jamaica.

Its parliament in the capital Kingston was told the process will be done in "stages" ahead of the its next election in 2025.

Marlene Malahoo Forte QC, who leads the country’s Ministry of Legal and Constitutional Affairs made the announcement in parliament which will result in Jamaica becoming a republic.

The Express reports the process of removing the Queen from her current position will involve several stages which will vote in the House and Senate of the Jamaican parliament and a peoples' referendum.

Ms Malahoo Forte said: “The goal is to ultimately produce a new Constitution of Jamaica, enacted by the Parliament of Jamaica, to inter alia, establish the Republic of Jamaica as a parliamentary republic, replacing the constitutional monarchy, and affirming our self-determination and cultural heritage. 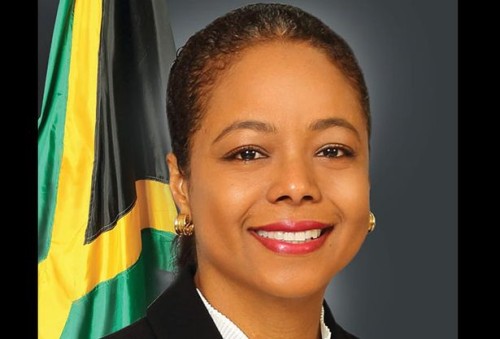 “I am pleased to advise this honourable House that the work to achieve this goal, while being done in stages, has formally commenced.”

The constitution minister pointed to the transition of Barbados which severed ties with the monarchy, as an example

She said others were tenterhooks waiting to learn which Caribbean nation would be next, ending ties with the commonwealth

A Constitutional Reform Committee is expected to be established which will include opposition members.

She added: “The reform work to be done in order to achieve the goal of a new constitution requires cooperation between the government and the parliamentary opposition, as well as the seal of the people.” 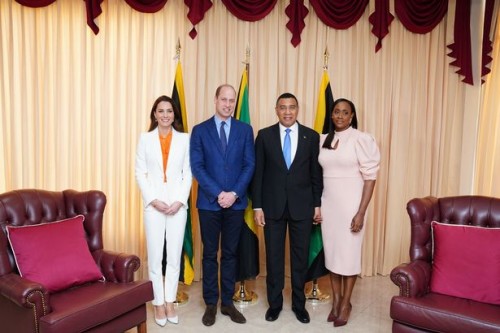 The Duke and Duchess of Cambridge with the Prime Minister of Jamaica Andrew Holness and his wife Juliet, during a five day tour of the Caribbean

The Duke and Duchess of Cambridge recently toured the Caribbean as part of a Royal Tour.

It was supposed to be "charm offensive" to curb other nations such as Barbados leaving the commonwealth, but was widely seen as public relations' disaster.

One of the duo's first visits was called off after protests In Belize over a land dispute with a charity who the Queen’s grandson is a patron of.

The Mirror told how the Queen reportedly expressed "sadness” at the move by Barbados to become a republic. 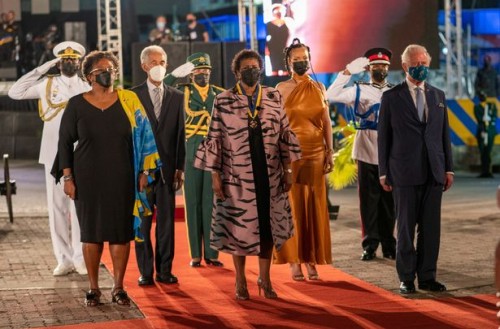 Prince Charles attends a ceremony in Bridgetown, Barbados to mark the transition of Barbados to a republic

Prince Charles, meanwhile said beforehand he will have a “twinge of regret” at the ceremony to mark the cutting of ties with the monarchy after centuries of British rule.

Dame Sandra Mason, the governor general, will be sworn in as president at midnight tonight replacing the Queen as head of state on the country’s 55th anniversary of independence.

He gave a speech in National Heroes Square, Barbados which said thethe countries will stay close.

In January The Mirror told how Australia's government also wants to remove the Queen as its head of state after being bound to Great Britain for over 200 years.
images/ondertekening.jpg
Omhoog
Plaats reactie
1 bericht • Pagina 1 van 1