A new Latino media group is buying up — and shaking up — Spanish-language radio
By Tim Padgett
Published June 3, 2022 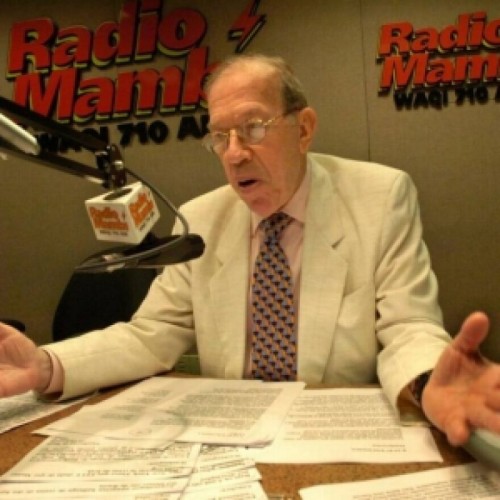 Univision is selling many of its Spanish-language radio stations — including Miami's ultraconservative Radio Mambí — to a group led by Democrats.
Creating a beachhead in a broadcast market often dominated by conservative or right-wing programming, a new and Latino-owned, bipartisan but Democrat-led media group will announce Friday it's purchasing 18 major Spanish-language radio stations owned by the TelevisaUnivision network — including Miami's Radio Mambí.

WLRN is here for you, even when life is unpredictable. Our journalists are continuing to work hard to keep you informed across South Florida. Please support this vital work. Become a WLRN member today. Thank you.

WLRN has learned that the Latino Media Network, or LMN — headed by Stephanie Valencia, a Latino outreach director for former President Barack Obama, and Democratic activist Jess Morales Rocketto — has signed a "definitive agreement" to buy the stations for $60 million. The media startup has launched after raising an initial $80 million.

A Univision spokesperson confirmed the sale.

The AM and FM stations are located in 10 of the country's largest Latino markets, including Miami, New York, Los Angeles, Chicago, Dallas, San Francisco, Houston and Las Vegas.

LMN says it has secured financing from "leading Latino investors" as well as Lakestar Finance, an investment group associated with businessman-philanthropist George Soros.

"In the Latino community radio still plays such an important part, and in places like Florida it obviously plays a critically important part...From some of the research we've seen, upwards of 70% of Latinos are getting their news and information about politics and elections from places like YouTube" that are often less than reliable.

Either way, Valencia argues Latinos "are looking for trusted voices.”

The question now, given LMN's Democratic ties, is what sort of voice will replace the programming at stations like the ultraconservative Radio Mambí (WAQI 710 AM). It's long been an institution in Miami's Cuban exile community. But, like many Spanish-language stations here, it's also been criticized for pushing right-wing and sometimes racist disinformation .

Democrats have long chafed at much of that agenda, particularly in 2020 when talk show hosts at stations like Mambí labeled then-presidential candidate Joe Biden a "socialista" who would turn the U.S. into a left-wing dictatorship like Venezuela's.

Valencia said that will change, but insisted Mambí will not adopt a left-wing bent under LMN.

“There are elements of Radio Mambí that are really important to preserve," Valencia said. "It has been an important part of the community and experience in Miami.

"But we do believe in...balanced journalism.”

Until now, Democrats and Latino liberals and moderates had focused their efforts and resources on monitoring Spanish-language radio outlets instead of trying to own stations themselves.

"As Latinos drive population growth in the United States...[and] with minority media on the decline, now is the time to be investing in more resources to create content for Latinos by Latinos," Valencia said in a statement earlier Friday.