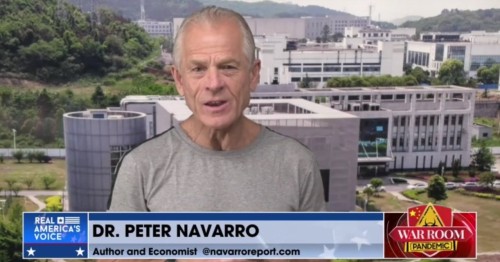 Peter Navarro and Dan Scavino didn’t provide any documents to the House panel and refused to show up for their depositions.

The full House of Representatives voted in April to refer Navarro to the Justice Department for not complying with the J-6 panel’s subpoena.

According to the Justice Department, Navarro will make an appearance in court Friday at 2:30 p.m. ET in Washington.

He faces two contempt counts: one for his failure to produce documents demanded by the committee and the second for failing to show up for subpoenaed testimony before House investigators.

The indictment comes after Navarro revealed Monday that he had been subpoenaed by federal prosecutors who were seeking documents related to his decision. Navarro said in an interview with MSNBC Thursday night that he “responded” to the Justice Department, but he declined to say he would be willing to turn over the documents requested by prosecutors.
images/ondertekening.jpg
Omhoog
Plaats reactie
1 bericht • Pagina 1 van 1