Joe Biden’s Slimy Brother James Denies He’s a “Fixer” For Biden Crime Family Despite Evidence to the Contrary
By Cristina Laila
Published May 31, 2022 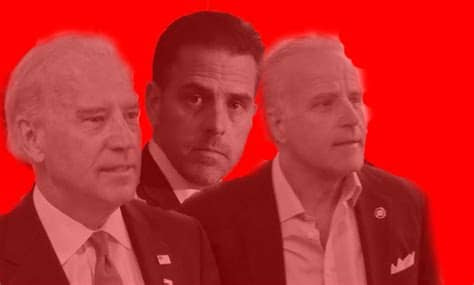 “I’m the guy who assists in everything. When it comes to my family I try to be as supportive as I can,” James Biden said. “But this notion of ‘the fixer,’ or any reference that has a negative connotation, is offensive. … The notion I am some underworld figure and I am a fixer or the cleaner or I’m this or that — I’m a very concerned family member who tries to protect my family in every way I can, in what is a very ethical way.”

James Biden made a fortune off the Biden family name and received a lot of money from companies linked to the ChiComs.

Notably, Hunter Biden’s firm Owasco took money from CEFC, an energy company that is effectively an arm of the Chinese Communist Party.

Hunter Biden worked with Gongwen Dong and Ye Jianming, both men are linked to the Chinese Communist Party.

On August 8, 2017, $5 million was wired from a CEFC-affiliated investment vehicle (Northern International) to the bank account for Hudson West III, which spent the next year transferring $4,790,375 million directly to Hunter Biden’s firm, Owasco.

Furthermore, according to documents obtained by CBS News, more than 150 financial transactions involving Hunter Biden and James Biden were flagged by US banks as ‘concerning.’