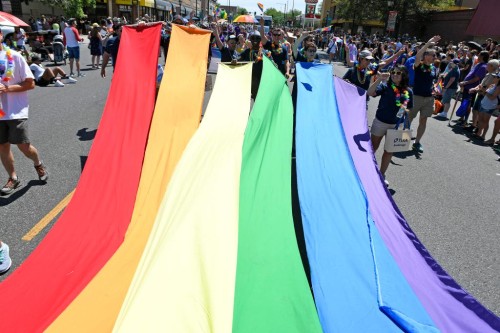 Genders and Sexualities Alliances are established for "members of the LGBTQIA+ community, allies, and any individual to come together," a statement from the school district said.

A Colorado mother has complained that students at her daughter’s former middle school were taught about LGBTQ-related issues — and told to keep mum about it — after hosting a Genders & Sexualities Alliance club, according to a report.

Erin Lee told The New American that her 12-year-old daughter’s teacher at Wellington Middle School in Fort Collins invited her last May to an art club, where an outside speaker told the kids that “what you hear in here, stays in here,” Fox News reported.

“She explained to my daughter that if she is not 100 percent comfortable in her female body, then she’s transgender,” Lee told the conservative magazine.

The national grassroots organization Parents Defending Education identified the art teacher as Jenna Riep, saying she ran the GSA club and that the guest speaker was Kimberly Chambers, director of SPLASH Youth of Northern Colorado.

Chambers, a paid substitute teacher, also is a paid employee of the Larimer County Department of Health and Environment and has access to students’ information, PDE said. 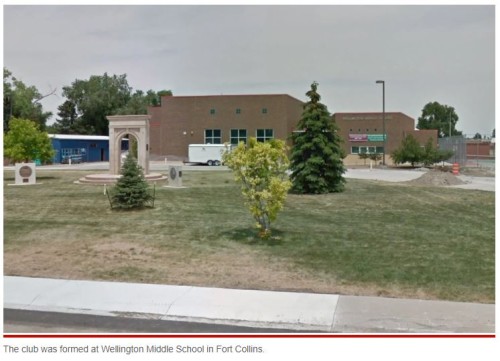 The parents group obtained emails between Chambers and the art teacher in which Chambers expressed concerns about the girl’s well-being due to her mother’s objections to the club.

After the teacher said the girl hadn’t attended school since the controversy began, Chambers suggested talking with school officials “about doing a well-child check or whatever is within the policies of the school,” according to Fox News.

Lee told The New American that her daughter has been attending a private, Christian school and is “doing much better.”

The Poudre School District acknowledged the existence of the club and that conversations in it “may be confidential” but declined to address Lee’s allegations “to protect the privacy of the student and their family.”

“In PSD, we promise to create and uphold equitable, inclusive, and rigorous educational opportunities, outcomes, and experiences for all students,” the district told Fox News Digital. “As a district, we are committed to making our schools safe spaces in which all students can learn.

“Genders and Sexualities Alliances, or GSAs, were established as safe spaces for members of the LGBTQIA+ community, allies, and any individual to come together with the goals of ensuring inclusivity, safety, and support,” the statement said.

“Discussions in GSAs may be confidential given that they can sometimes be sensitive in nature (i.e. a student may be ‘out’ with specific friends but not with the community at large),” it continued.

It added that it had addressed the issue with Lee “on multiple occasions over the past year.”