His Own Coconspirators Do Not Want To Testify At This Trial 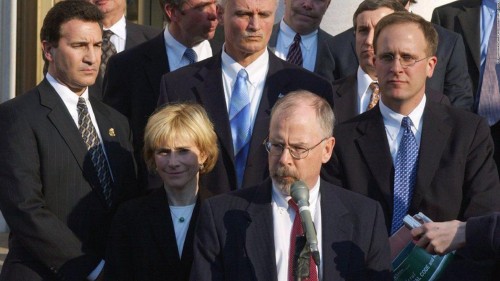 As I take a break from moving stuff around my room as I prepare for the big move to Florida, let me address a question I was asked the other day:

Why am I so confident in predicting that Sussmann was going to change his plea from ‘not guilty’ to ‘guilty’?

Well I have three main reasons for this expectation. Let me list them.

First, Sussmann has no real defense.
None. Nada. Zip. Bubkis.

Durham has him completely trapped on the false statement charge with incontrovertible forensic evidence. Including a text message that Sussmann sent to the FBI’s General Counsel James Baker the night before their meeting at FBI headquarters back in September of 2016.

In that text message, Sussmann states - in his own writing, mind you! - that he wants this meeting for himself, he’s certainly not reaching out and asking for this meeting on behalf any clients. Read the text message for yourself:

Now, Sussmann’s latest gambit is an attempt to introduce notes from former FBI Deputy Director Andrew McCabe into the trial evidence because McCabe says in those notes that Sussmann **did** say he was working for clients on the Alfa Bank hoax.

Here’s why that doesn’t matter: Sussmann changes his story based on who he’s talking to and when. When he sent Baker the text message on September 18, 2016 at precisely 7:24 p.m., he LIED, and said it wasn’t for any clients.

When he testified before CONGRESS in December of 2017, Sussmann told the truth, that he was working for clients when he made his approach to Baker.

So later on at some point after his meeting with Baker, Sussmann told McCabe or others at the FBI the truth? And McCabe took accurate notes, reflecting that Sussmann said he was there on behalf of his clients? That’s awesome! Good for him!

But does that **change the fact** that in a text message to James Baker on September 18 at precisely 7:24 p.m., and then the next day in Baker’s office at FBI HQ, Sussmann LIED to Baker?

Just because Sussmann tells the truth about the matter later to others does not mean his lie to Baker - delivered in writing and then in person the next day - is somehow cancelled out. It’s **still** a false statement to a federal official.

That text message and Bill Priestap and Trisha Anderson’s notes are damning. The text is from the night before the meeting took place, and the notes were written down immediately after it was over when Baker briefed Preistap and Anderson on what Sussmann had told him.

So Sussmann’s going to be 100% convicted if this goes to trial. Unless a DC jury just practices nullification and ignores all the evidence Durham will present to it and lets Sussmann walk out of the courtroom a free man simply because he’s a Swamp creature.

I doubt that would happen, because it would mean Durham blew the jury selection process.

Second, All Of Sussmann’s coconspirators do not want to come testify under oath at this trial.
Testifying under oath about the tricky matters they were involved in with the Alfa Bank hoax and related issues opens them up to perjury charges later.

Now, I’m sure that Marc Elias, Robby Mook, Laura Seago and all the others that are on the government’s witness list - or who might later be added to it - have done their best to keep up to date on the case filings as far as they reveal what Durham knows already. 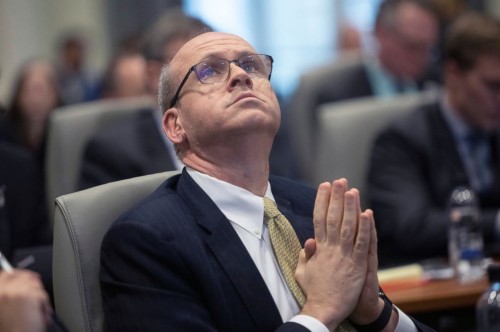 Please Dear God, don’t let them call me to testify under oath…amen!

But here’s the thing: no matter how well your legal team briefs you, or how prepared you think you are, or how confident you think your grasp is of what the prosecutor knows…there are **always** things he knows that he hasn’t revealed yet.

Trust me on this: The Clinton campaign’s former general counsel Marc Elias is gonna use any remaining pull or clout he has on Sussmann to pressure him to take a deal. Elias does not want to get up there on that stand under oath and answer questions where he’ll having to pick his words with extreme care as he tiptoes through a verbal minefield.

It’s the same for former Clinton campaign manager Robby Mook, and other Clinton campaign, DNC, Fusion or Perkins Coie persons that might end up on that witness stand. Durham’s team will try to steer these witnesses with questions into places they do not want to go. And because they don’t know what the prosecution does and doesn’t not know at this point, making an untruthful answer could have really serious consequences.

After all, Durham’s putting Sussmann on trial on a felony charge of making a false statement to a federal official when he wasn’t under oath in a courtroom. If Durham catches a witness telling him a provable lie under oath in Judge Christopher Cooper’s courtroom? There will be fireworks.

Third, nobody has ever escaped John Durham
There’s a reason Durham has the reputation he does. He’s earned it. The only guy who managed to escape getting his ass shipped to prison was a crooked FBI agent who died before Durham could convict him.

This is why in the end, just before the plunge, I believe Sussmann is going to blink. He knows he’s facing a stacked deck and that Durham has it all. He can’t really win and he knows he can’t win.

And you can quote me on that.

To support my independent journalism, you can also make a donation of any size to my Venmo, CashApp or PayPal accounts.

And I thank you for your support.