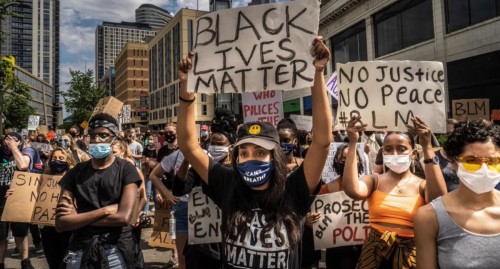 Reuter’s top data scientist Zac Kriegman was fired from his $350,000-a-year job last summer after working there for six years.

He said he was fired for standing against Thomson Reuters’ reporting conventions on BLM in order to dispel the ‘false narrative’ that black people were the most victims of police violence.

Kriegman argued, as he did in a piece first published on Bari Weiss’s Substack, Common Sense, that claims that unarmed black people are killed by police at a disproportionately higher rate than their white counterparts are inaccurate. 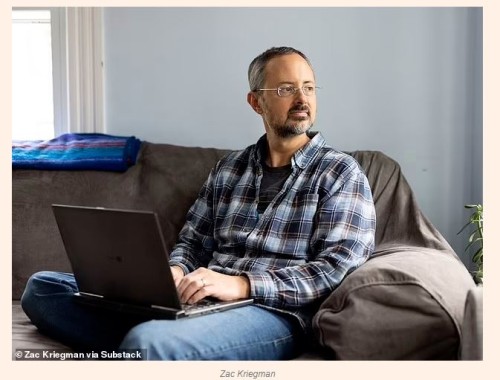 Although the findings show that black people were more negatively affected by shootings since they make up 13 percent of the U.S. population, Kriegman said the argument was incomplete. When he tried to show it, he received backlash from colleagues. 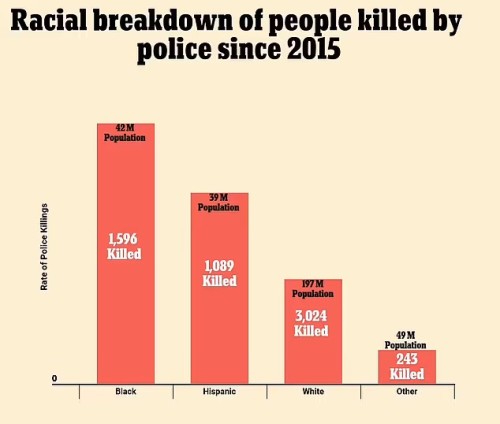 ‘I was publicly derided as a ‘troll,’ ‘confused,’ ‘laughable,’ and ‘not worth engaging with or even attempting to have an intelligent conversation’ with,’ Kriegman claimed. 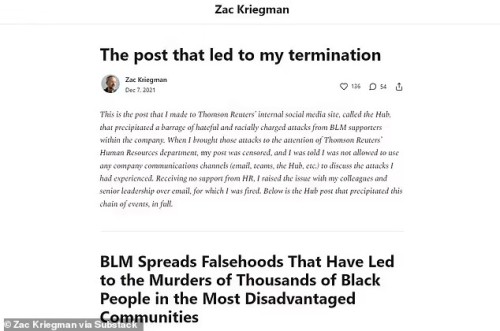 According to Kriegman, former Thomson Reuters director of research, his termination was a result of sharing research on the company’s internal social media platform. 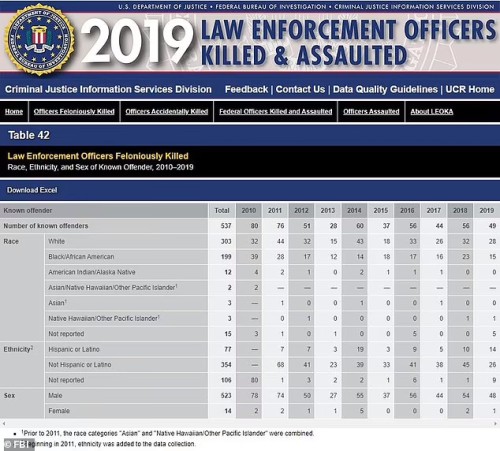 In his Substack article he writes of Reuters:

A pattern was starting to emerge: Reporters and editors would omit key details that undermined the BLM narrative. More important than reporting accurately was upholding—nurturing—that storyline.

At some point, the organization went from ignoring key facts to just reporting lies. When Donald Trump declared, in July 2020, that the police kill more white than black people—this is true—Reuters, in its dispatch, repeated the false claim that blacks “are shot at a disproportionate rate.” In December 2020, Reuters reported that black Americans “are more likely to be killed by police,” citing a 2019 National Academy of Sciences study that, our reporters claimed, found that black men were 2.5 times likelier than white men to be killed by police. In fact, the only rigorous study to examine the likelihood of police use of force—Roland Fryer’s—found that police, as mentioned, were less likely to use lethal force against black Americans.

When contacted for an explanation, Thomson Reuters said it does not comment on employee issues except to state that ‘Reuters, the news division of Thomson Reuters, reports on topics related to race and equality and the BLM organization in a fair, unbiased and independent manner, consistent with the Thomson Reuters Trust Principles’.

Rather than look at the total population to figure out who has been the most affected by police violence, Kriegman suggested reporters should take into account what racial groups the police feel threatened by.

Accordingly, Kriegman referred to the FBI’s study of the ethnic makeup of those who had killed or assaulted police officers.

According to FBI data, black people attacked officers 199 times from 2010 to 2019. Meanwhile, white people were the culprits in 537 cases.

These incidents are more in line with what the Washington Post found, concluding that unarmed black individuals are not more adversely impacted by police killings, according to Kriegman.

In addition, he added that the messages that they were using fuelled anti-police emotions, which, he argued, has led to an upsurge in crime nationwide, specifically in heavily black neighborhoods.

He cited the Ferguson Effect, a debated theory that told crime rose nationwide because of a backlash against police following the 2014 shooting of Michael Brown by a white police officer in Ferguson, Missouri.

Kriegman said that even though the theory has been disputed, with increased crime confined to large cities, only, Black Lives Matter has led to the same results today.

‘I have avidly followed the research on the movement and its impacts, which has led me, inexorably, to the conclusion that the claim at the heart of the movement, that police more readily shoot black people, is false and likely responsible for thousands of black people being murdered in the most disadvantaged communities in the country.’

Kriegman said that through his study he wanted to start a discussion about how news media could more accurately portray police shootings.

As a result, his post was removed because it was described as ‘antagonistic’ and ‘provocative’.

According to him, a colleague at Thomson Reuters said: ‘I do not believe that there is any point in trying to engage in a blow-by-blow refutation of your argument, and I will not do so.

‘My unwillingness to do so doesn’t signal the strength of your argument. If someone says, ‘The KKK did lots of good things for the community—prove me wrong,’ I’m not obligated to do so.’

According to Kriegman, Thomson Reuters’ management did nothing while he was criticized. In response to an email he sent HR about the alleged attacks, he was told that discussing the experience on the company’s internal discussion board would result in his termination.

He doubted that the company would dismiss him. In three days, he was terminated for his actions after sending an email to his coworker and to company leadership.

Last July, Kriegman filed a complaint with the Massachusetts Commission Against Discrimination alleging he had been ‘fired in retaliation for complaining about a racially hostile work environment’.

This is yet another instance of a journalist claiming harassment for not conforming to a radical leftist group.

Bari Weiss, a former New York Times columnist, resigned from the paper in an open letter that went viral in 2020, denouncing its alleged bias and saying it no longer represented journalism.

In November, Nellie Bowles, a former Times reporter and Weiss’ wife, said she was bullied out of her position by colleagues allegedly who leaked stories to embarrass her.

Amber Athey, the host of a conservative talk show was released from her job at a DC radio station. The reason? She made a joke about Kamala Harris’ clothes on social media and the woke mob went after her.