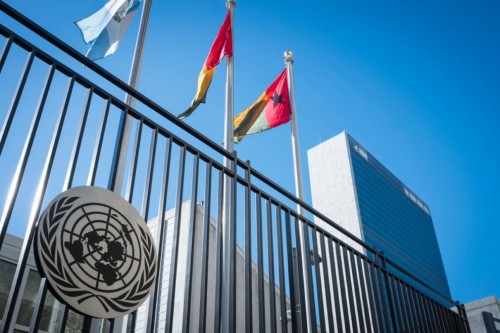 The United States has requested an emergency UN Security Council meeting for Wednesday to discuss North Korea, according to diplomats, amid fears that Pyongyang will resume nuclear testing in the coming weeks.

Washington holds the Security Council presidency for the month of May, and has been considering calling a meeting since late last week, the same diplomats said Monday. The public meeting is scheduled for 1900 GMT.

It comes as Pyongyang has dramatically ramped up its sanctions-busting missile launches, conducting 15 weapons tests since January including firing an intercontinental ballistic missile at full range for the first time since 2017.

The Wednesday Security Council meeting will be held one day after the swearing in of South Korea’s hawkish new president Yoon Suk-yeol, who has vowed to get tough on Pyongyang and bolster the US security alliance.

Satellite imagery meanwhile indicates North Korea may also be preparing to resume nuclear testing, with the US State Department on Friday warning a test could come “as early as this month.”

No comment could immediately be obtained from the US diplomatic mission to the UN on Wednesday’s proposed meeting.

A draft Security Council resolution presented last month by the United States and seen by AFP would tighten sanctions, including by reducing from four million to two million barrels the amount of crude oil North Korea would be allowed to import each year for civilian purposes.

But the resolution stands little chance of approval as diplomats say there is no support from China or Russia, which hold veto power and have relations with Pyongyang.
images/ondertekening.jpg
Omhoog
Plaats reactie
1 bericht • Pagina 1 van 1