Tech Giants Are Censoring, Blacklisting and Banning Posts on the “2000 Mules” Ballot Trafficking Documentary Across Soci

Tech Giants Are Censoring, Blacklisting and Banning Posts on the “2000 Mules” Ballot Trafficking Documentary Across Soci 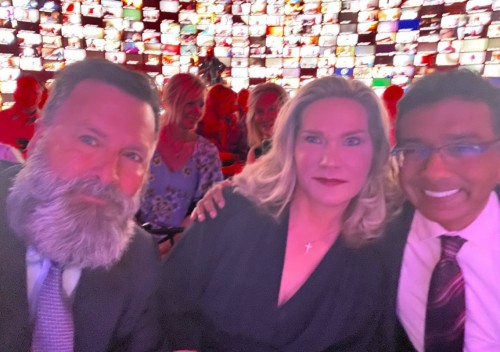 The virtual premiere for the movie ‘2000 Mules’ was held last night live from Las Vegas.

In the film, Dinesh D’Souza and True the Vote provide answers and evidence of the stolen 2020 Election. The explosive documentary was released on Tuesday at select theaters across the nation.
The movie “2000 Mules” proves through geo-tracking and video confirmation that Democrats used ballot trafficking to steal the 2020 election from President Donald Trump. The national conspiracy involved every battleground state.

Our website to help citizens engage in democracy and clean up the voter databases has been fully blacklisted on Facebook.
Instagram has reportedly been blacking out images from our premiere with POTUS 45 in Mar a Lago.
TikTok is flagging accounts distributing video clips of last night’s premiere in Vegas for “inciting violence”.
Twitter is shutting down accounts.
Rumble came under “unprecedented attacks” trying to prevent the stream of the video.If this isn’t proof that big tech is absolutely terrified of America seeing the evidence we presented in this movie, we don’t know what is.
We don’t know about you – but that is making us double down and shout even louder.
Our country is on the line, friends. Are you going to stay quiet about it… or will you help us spread the truth? If you’re in… make sure everyone sees this and knows what’s happening.

It should not be a surprise that the Tech Giants are censoring this movie. After all, it exposes once again that EVERYTHING the Tech Giants have been promoting about the 2020 election has been a complete lie.