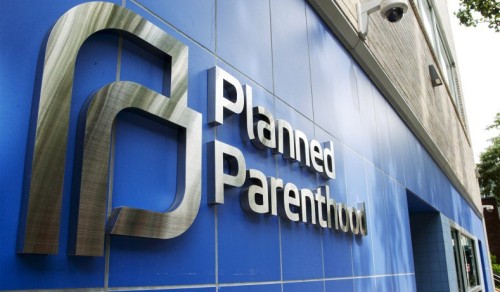 Planned Parenthood and two fellow abortion rights advocacy groups announced Monday they will spend $150 million on the 2022 midterm elections, focusing on battleground states as they step up efforts to safeguard abortion access across the country.
Then hours later, on Monday night, news broke that the US Supreme Court reportedly voted to END Roe v Wade in a DRAFT OPINION by Justice Samuel Alito according to a report leaked to Politico on Monday night.

Reuters reported:
Planned Parenthood Action Fund, NARAL Pro-Choice America and Emily’s List said their joint investment was meant “to aggressively respond to the unprecedented attacks on sexual and reproductive rights and abortion rights across the country and raise voters’ awareness of the lawmakers who are to blame.”

The U.S. Supreme Court is due to decide by the end of June on a case involving a Republican-backed Mississippi abortion law, which has the potential to alter or reverse the landmark 1973 Roe v. Wade ruling that legalized abortion nationwide.

In anticipation of the ruling, Republican-led state legislatures have been passing increasingly strict abortion bans, with five states enacting laws in 2022 that outlaw abortion earlier in pregnancy than allowed by Roe vs. Wade.
images/ondertekening.jpg
Omhoog
Plaats reactie
1 bericht • Pagina 1 van 1