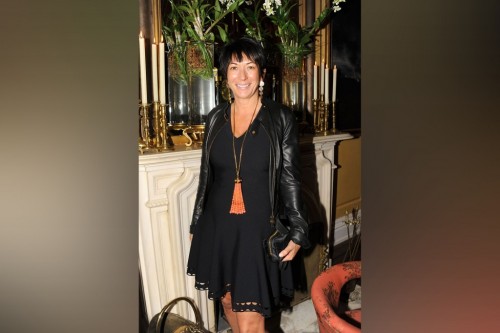 The petition, submitted Monday to the United Nations Working Group on Arbitrary Detention, was filed by international criminal lawyers François Zimeray and Jessica Finelle on behalf of Maxwell’s three sisters and three brothers, according to a copy provided to The Post.

The lawyers argue that Maxwell’s “abnormally rigorous” lock-up conditions at the Metropolitan Detention Center in Brooklyn are horrid, and thus unlawful and discriminatory.

The petition seeks for the UN to call on the US government to release Maxwell pending trial and to urge an independent investigation into her “arbitrary detention.”

The fallen British socialite is accused of procuring underage girls for late multimillionaire and convicted pedophile Jeffrey Epstein to abuse from 1994 through 2004.

Maxwell, who has pleaded not guilty in the case, is set to go on trial next week.In their petition to the UN, the lawyers highlighted conditions Maxwell has raised in numerous previous failed appeals for release pending trial, including her being deprived of sleep by guards at the jail.

“She is awakened constantly at night and has been subjected, for the 500+ days of her detention, to a ‘suicide watch’ – completely inappropriate in the case of a non-suicidal person – involving a flashlight shone every 15 minutes on her face to check that she is breathing, literally preventing her from sleeping,” the petition states.

She also is repeatedly searched throughout her day and has claimed she was inappropriately touched by guards in a sexual way on numerous occasions during the searches, the filing says.In addition to the jail conditions, Zimeray and Finelle argued that Maxwell will never be given a fair trial because she has been convicted in the court of public opinion — and that prosecutors have not tried to show she is presumed innocent.

“Ghislaine Maxwell has been the subject of sustained and overwhelming media
coverage, aimed at presenting her as the accomplice to the crimes alleged against Jeffrey Epstein, to the point that the certainty of her guilt is seen as clear-cut before any trial has taken place,” the petition states.

“US Justice has not sought to resist or counter the extreme emotion of public opinion in this case as is its duty, and nor has it seized each and every opportunity to remind everyone that Ms. Maxwell is presumed innocent or to enable her to respond and prepare for her trial freely and with dignity,” it continues.

Maxwell was arrested in July 2020 and has been held in the MDC since her transfer to New York from New Hampshire.