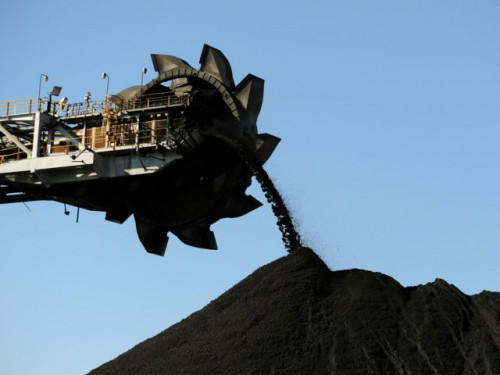 Australia has no intention of ending the sale of coal and intends to continue doing so for “decades into the future,” the COP26 climate conference in Glasgow learned Monday.

The decision by Canberra to back coal mining operations came after more than 40 countries pledged to eliminate use of the commodity within decades and the United Nations continues the push as part of its call to embrace green alternatives in a post-coronavirus reset world.

Australia Prime Minister Scott Morrison made clear his intentions a little over two years ago when he slammed calls from radical climate activists to ditch coal – an industry worth $67billion a year to Australia’s economy.

As Breitbart News reported, strong demand from China and India for this electricity-generating commodity is driving the growth, as also seen in the U.S. commodity market.

The prime minister wants to maintain its economic edge by staying a key exporter and protecting the jobs of Australians who rely on the coal mining industry for their future and their financial security.

Morrison, who once once famously brandished a lump of coal in parliament, crying, “This is coal – don’t be afraid!” has vowed climate protesters – including Greta Thunberg – would not be dictating energy or trade policy.

“And that is why we will continue to have markets for decades into the future. And if they’re buying… well, we are selling.”

Demand for coal is expected to rise until 2030, the conservative coalition minister added, even as globalist agencies like the U.N. demand an end to the building of new coal-fired power stations.

“If we aren’t to win that market, somebody else will,” Pitt added.

“I would much rather it be Australia’s high-quality product, delivering Australian jobs and building Australia’s economy than coming from Indonesia or Russia or elsewhere.”

Pitt said some 300,000 Australians’ jobs were reliant on the coal sector. The Minerals Council of Australia itself says the coal industry directly employs 50,000 workers while supporting another 120,000 jobs.