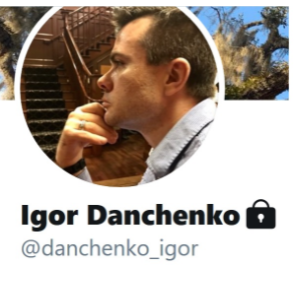 The FBI arrested Igor Danchenko, a top researcher behind the garbage Steele dossier.

Danchenko is the one individual those looking into the Trump – Russia collusion fraud wanted to identify – the PSS – the individual who was behind the material amount of Steele dossier lies. At least two sources on the Internet had come to this conclusion by Sunday night. The Deep State has kept Danchenko’s name hidden for nearly four years.

The FBI arrested Danchenko on Thursday as part of the Durham investigation.

A Russian analyst who was the key researcher behind the so-called Steele dossier was arrested Thursday as part of an ongoing special counsel investigation, according to reports.

Igor Danchenko was busted as part of special counsel John Durham’s probe into the origins of the FBI’s investigation of potential ties between Russia and Donald Trump’s 2016 presidential campaign, a source told the Associated Press.

It was not immediately clear what charges Danchenko might face, the wire service said. An indictment had yet to be unsealed.