The Rolling Stones said this week they have dropped their classic concert standard ‘Brown Sugar’ from their set lists because of the controversial lyrics of what Keith Richards says is about “horrors of slavery.” The Stones embarked on their pandemic-delayed (now ironically misnamed) No Filter tour of North America last month in St. Louis. 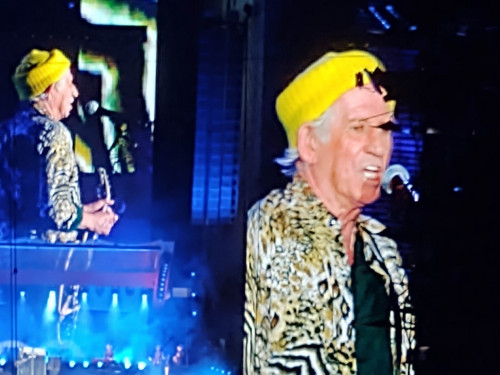 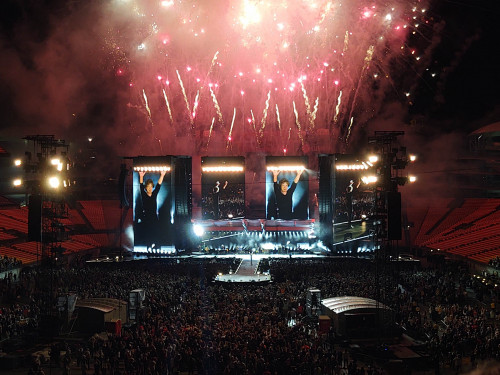 The Stones’ Mick Jagger and Keith Richards spoke to the Los Angeles Times about the current tour, responding to a reporter observing the absence of Brown Sugar from the set lists (excerpt):

One song the band seems to have dropped from its set since the tour started up again is “Brown Sugar,” the Stones’ gleefully problematic early-’70s smash that opens on a “Gold coast slave ship bound for cotton fields.”

“You picked up on that, huh?” Richards said when asked why they’re not playing the tune. “I don’t know. I’m trying to figure out with the sisters quite where the beef is. Didn’t they understand this was a song about the horrors of slavery? But they’re trying to bury it. At the moment I don’t want to get into conflicts with all of this s—.” He laughed in his signature raspy fashion. “But I’m hoping that we’ll be able to resurrect the babe in her glory somewhere along the track.”

Jagger, as usual, was more circumspect than his freewheeling counterpart. “We’ve played ‘Brown Sugar’ every night since 1970, so sometimes you think, We’ll take that one out for now and see how it goes,” he said. “We might put it back in.” For the frontman, “the set list in a stadium show, it’s kind of a tough one” — all those thousands of people to please while you work to stay engaged yourself in the music. “We did ‘Let It Bleed’ last night, which I managed to play on 12-string guitar,” Jagger said proudly.

Indeed, the New York Post noted Brown Sugar is the second most played song in the Stones repertoire:

“The Stones have played the song live 1,136 times, second to only “Jumpin’ Jack Flash,” according to according to setlist.fm.”

Lyrics for Brown Sugar by Jagger/Richards:

Drums beatin’ cold, English blood runs hot
Lady of the house wonderin’ when it’s gonna stop
House boy knows that he’s doin’ all right
You should have heard him just around midnight