TOPLINE The presidents of the Dallas and Boston branches of the Federal Reserve Bank, Robert Kaplan and Eric Rosengren, respectively, announced their retirements hours apart on Monday, weeks after they said they would sell their individual stock holdings after questions were raised about their trading activity from last year. 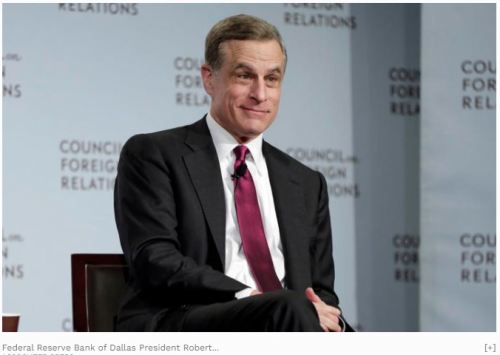 Rosengren made the announcement in the morning, citing health issues, while Kaplan released a statement several hours later saying the “recent focus” on his financial disclosure risked “becoming a distraction” for the institution.
Kaplan served as president and CEO of the Dallas branch for six years; Rosengren had been with the Boston Fed for 35 years, including 14 years as president, and was originally set to step down in June 2022 when he reached the mandatory retirement age of 65.
The move was made by Rosengren nine months earlier than planned because of concerns over a “worsening kidney problem,” revealing that he had qualified for a kidney transplant in June 2020.

Last week, Fed chairman Jerome Powell noted his displeasure with the trading controversy, saying “no one is happy” about it, vowing new rules would be put in place and notably not defending the pair.

KEY BACKGROUND Rosengren’s last day will be Sept. 30 — the date he and Kaplan said they would sell all their individual stocks by, after coming under scrutiny for trades made during the pandemic; Kaplan’s last day will be Oct. 8. While most of the attention was focused on Kaplan, Rosengren also “actively traded stocks and other investments while also helping to set monetary policy,” according to the Wall Street Journal. Rosengren and Kaplan are two of the 12 regional Fed presidents in place across the country. Those regional branches are “quasi-private,” unlike the Fed’s Board of Governors, which is based in Washington, D.C. and is purely governmental.
WHAT TO WATCH FOR Kenneth Montgomery, the Boston Fed’s first vice president and chief operating officer, will take over as interim president and CEO while the search continues for Rosengren’s successor, according to the Bank’s statement. The Dallas Fed did not address Kaplan’s replacement in its statement to the press.
FURTHER READING “Dallas Fed’s Kaplan, under scrutiny for 2020 trading activity, to retire Oct. 8” (MarketWatch)
“Boston Fed Leader Rosengren Announces Early Retirement Amid Trading Controversy” (Wall Street Journal)