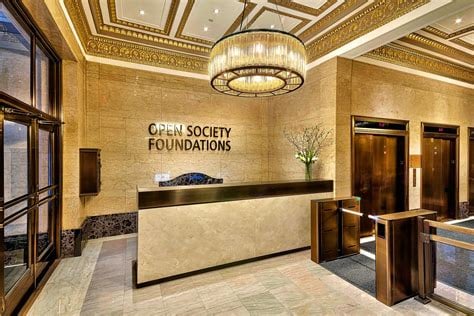 George Soros is behind numerous groups whose purpose is power. Two of these groups are the Center for American Progress and the Open Society Foundations. Another is Free Press.
Like all things left, whether bills or entity names, left-wing related entities, and policies always have grandiose names that represent the opposite of what they really are. Think about Obamacare that destroyed healthcare for millions of Americans, increased health care costs and taxes like never before, and distributed health care expenses from the poor to the wealthy, labeled the Affordable Care Act. Another example is the bill that will steal elections forever that is in the House, labeled ‘For the People Act’.

So it comes as no surprise that the left-wing Soros connected group, Center for American Progress, calls for shooting Americans who love their country.

A left-wing group funded by the Center for American Progress and George Soros’s Open Society Foundations submitted a letter to the government that advocated for murdering Republicans.

Free Press, a well-funded liberal group that aims to “reshape media” in the United States, sent a letter to the Federal Communications Commission that included the question: “Are we going to have to shoot Republican[s] to reclaim our democracy?”

The Free Press letter, which called on the FCC to “investigate its own history of racism and examine how its policy choices and actions have harmed black people and other communities of color,” was signed by just under 5,000 of the group’s members, who were given the opportunity to provide comment along with their signature. The call to “shoot” Republicans came from a California member named David Lyons, who further complained that “racist horseshit like FOX and the other ultraconservative outlets and Christians” owned “most of our media.”

These are the people who want to run this country and who believe they know better than you. Ask yourself, who acts more like Nazis, these people or conservatives who love freedom, fair elections, God, and their country?
images/ondertekening.jpg
Omhoog
Plaats reactie
1 bericht • Pagina 1 van 1