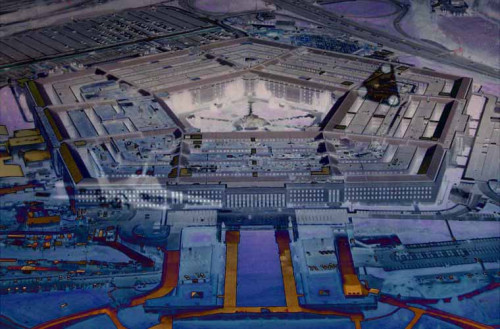 CONGRESS CALLS FOR PERMANENT OFFICE TO ADDRESS “UNIDENTIFIED AERIAL PHENOMENA”
The Move Represents the First Time Since 1969 the U.S. Government Would Have a Formal Office to Investigate UFOs
TIM MCMILLAN·SEPTEMBER 13, 2021

Legislation contained within the upcoming FY 2022 National Defense Authorization Act calls for the establishment of a permanent office to address “unidentified aerial phenomena” or “UAP,” more commonly known as UFOs.

If passed, the move would represent a monumental shift in the U.S. government’s over half-century position on UFOs and represent the first formally acknowledged and permanently staffed effort to investigate unexplained aerial activity since the 1969 closure of the Air Force’s Project Blue Book. 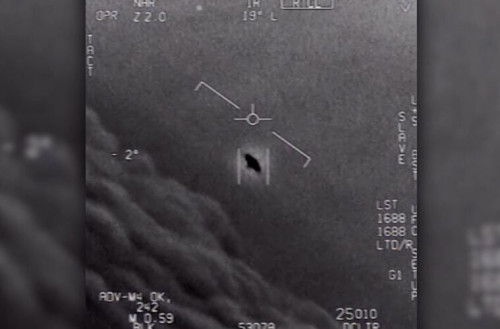 Reportedly, the DoD has been quietly investigating encounters with mysterious airborne objects since 2008. Initial efforts are said to have been run by the Defense Intelligence Agency (DIA) under the Advanced Aerospace Weapon Systems Applications Program (AAWSAP).

In 2010, after claims that DIA leadership became apprehensive to the idea of investigating UFOs, a subcomponent of AAWSAP focused solely on military encounters, dubbed the Advanced Aerospace Threat Identification Program (AATIP), was transferred to the Office of the Under Secretary of Defense for Intelligence (OUSDI).

In light of these programs, the government’s contemporary interest in UFOs remained entirely unknown until the former Director of the National Programs Special Management Staff for OUSDI, Luis Elizondo, revealed the existence of AAWSAP and AATIP, in a December 2017 expose by the New York Times. Bolstering Elizondo’s claims was the release of three videos captured initially by U.S. Navy F/A-18 fighter jets, showing what the DoD has since acknowledged is “unidentified aerial phenomena.”

After appropriated funding for AATIP dried up in 2012, Elizondo says he “bootstrapped” the program, maintaining efforts to investigate UAP alongside a small cadre of persons from the U.S. Intelligence Community. Since leaving the DoD in October of 2017, Elizondo has been very vocal in discussing his involvement with AAWSAP and AATIP and the UAP topic in general.

The Pentagon has never outright confirmed its 2008 to 2017 interest in UAP. However, after increasing public interest and congressional pressure, in August of 2020, then-Deputy Secretary of Defense David Norquist formally signed off on the establishment of an “Unidentified Aerial Phenomena Task Force” (UAPTF).

Though the Pentagon presented it as having just cultivated a task force to examine UAP, a previous investigative exclusive by The Debrief revealed officials with the Navy’s Office of Naval Intelligence (ONI) had been providing intelligence reports and briefings on UAP for several years before the acknowledge creation of the UAPTF. In one instance, emails revealed that members of the Joint Chiefs of Staff and Secretary of the Navy had received UAP briefings in October 2019. 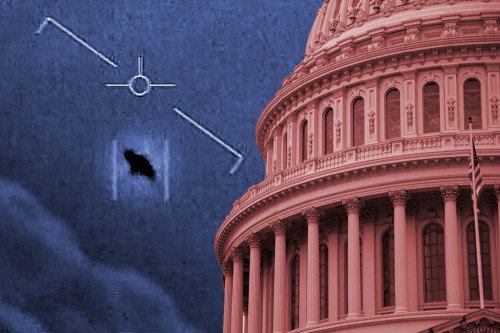 The House Armed Services Committee’s current request for a UAP office in the Department of Defense (DoD) comes on the heels of a preliminary assessment of UAP, provided by UAPTF and Office of the Director of National Intelligence (ODNI) in late June.

In its initial assessment, ODNI reported that 143 of 144 U.S. military encounters with purported UAP remained “unexplained,” with 56% of these events having been captured by multiple military sensor systems.

The UAP incidents examined were said to have occurred between 2004 and 2021, with the vast majority coming within the last two years after the DoD changed reporting procedures, making it easier for military aviators to report encounters with UAP.

ODNI acknowledged that limited data and sociocultural stigmas surrounding the topic of UFOs play a factor in why some of the 143 events remain unexplained. Shockingly, however, ODNI said that 18 incidents described in 21 reports appeared to involve some form of unknown advanced technology.

“Some UAP appeared to remain stationary in winds aloft, move against the wind, maneuver abruptly, or move at considerable speed, without discernible means of propulsion,” the ODNI report reads. “The UAPTF [UAP Task Force ] holds a small amount of data that appear to show UAP demonstrating acceleration or a degree of signature management.”

In the assessment, ODNI admitted that solving any of the lingering questions surrounding UAP would likely require additional investment and resources by the DoD beyond what had so far been afforded to the UAPTF.

Immediately after the ODNI preliminary assessment release, Deputy Secretary of Defense Kathleen Hicks issued a DoD-wide memorandum requiring the development of a plan to formalize the mission currently being performed by the UAPTF and conduct assessments for establishing a more fixed UAP investigative body at the Pentagon.

Multiple current defense officials closely associated with the Office of Under Secretary of Defense for Intelligence tell The Debrief the Director for Defense Intelligence Collection and Special Programs with OUSDI, Neill Tipton, is the senior executive official currently tasked with carrying out Deputy SECDEF Hicks directives and overseeing efforts to bolster UAPTF capabilities.

Officials, who were not authorized to speak on the record, also tell The Debrief that Tipton initially took over AATIP after Elizondo’s resignation in 2017. DoD Calendar invites obtained by The Debrief via the Freedom of Information Act show an Unclassified “SAP Coordination Meeting” between Tipton and Elizondo occurring on August 28, 2017, a little over a month before Elizondo left the DoD.

In early 2018, the responsibilities for quietly examining UAP were said to be transferred from Tipton to another senior official at the Navy’s Office of Naval Intelligence.

The Pentagon declined The Debrief’s request for comment on the current arrangement of the UAPTF or previous status of AATIP.

Outlined in the Bill, the new UAP office would be responsible for:

Developing procedures to synchronize and standardize the collection, reporting, and analysis of incidents regarding unidentified aerial phenomena across the Department of Defense.
Developing processes and procedures to ensure that such incidents from each military department are reported and incorporated in a centralized repository.
Establishing procedures to require the timely and consistent reporting of such incidents.
Evaluating links between unidentified aerial phenomena and adversarial foreign governments, other foreign governments, or nonstate actors.
Evaluating the threat that such incidents present to the United States.
Coordinating with other departments and agencies of the Federal Government, as appropriate.
Coordinating with allies and partners of the United States, as appropriate, to better assess the nature and extent of unidentified aerial phenomena.
Foreign intelligence officials have previously told The Debrief the UAPTF has engaged in some limited information sharing with partners of the “Five Eyes,” the signals intelligence alliance between Australia, Canada, New Zealand, the United Kingdom, and the United States.

With the mention of further coordination with U.S. allies and industry partners, this suggests the Armed Services Committee views UAP as something with far more international implications and not isolated to just the United States.

Lawmakers will also require the new UAP office to provide the Senate and House Armed Services and Foreign Affairs Committees with an annual report detailing its activities until at least December 31, 2026.

In some of the most eyebrow-raising lines, the proposed Bill specifically says the UAP office’s annual report would be required to provide “an update on any efforts underway on the ability to capture or exploit discovered unidentified aerial phenomena.”

Arguably more shocking, the legislation additionally would require “an assessment of any health-related effects for individuals that have encountered unidentified aerial phenomena.”

The mention of “health-related effects” seems to harken back to a 2009 study commissioned by the DIA as part of the AAWSAP program, entitled “Clinical Medical Acute & Subacute Field Effects on Human Dermal & Neurological Tissues.”

In a past interview with the report’s author, forensic clinician and neuroscientist Dr. Christopher “Kit” Green confirmed the study focused on examining injuries connected with purported UAP encounters. “This focused on forensically assessing accounts of injuries that could have resulted from claimed encounters with UAP,” said Dr. Green.

During the interview, Dr. Green stressed that though his work focused on encounters with unidentified aerial objects, all of the injuries he assessed could be accounted for by known terrestrial means and did not alone provide any evidence for UAP having extraterrestrial or non-human origins, as many people believe.
images/ondertekening.jpg
Omhoog
Plaats reactie
1 bericht • Pagina 1 van 1