Biden Removes US Missiles from Saudi Arabia, In an Obama-Like Move to Appease Iran
By Joe Hoft
Published September 12, 2021 at 7:30pm 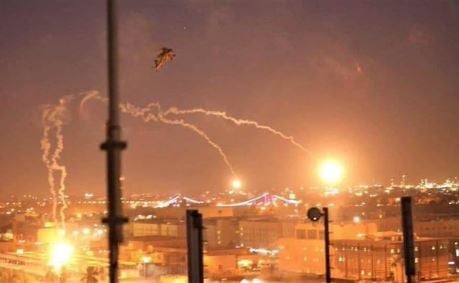 President Trump’s strategy was peace, not horror and destruction. He shared his vision with Arab leaders and asked them to remove terrorists out of their communities.

But this is not OBiden’s plan. OBiden shows that it wants destruction, murder and pain in the Middle East. This is the only plausible reason for the current Administration’s actions. The AP reports:

The U.S. has removed its most advanced missile defense system and Patriot batteries from Saudi Arabia in recent weeks, even as the kingdom faced continued air attacks from Yemen’s Houthi rebels, satellite photos analyzed by The Associated Press show.

The redeployment of the defenses from Prince Sultan Air Base outside of Riyadh came as America’s Gulf Arab allies nervously watched the chaotic withdrawal of U.S. troops from Afghanistan, including their last-minute evacuations from Kabul’s besieged international airport.

While tens of thousands of American forces remain across the Arabian Peninsula as a counterweight to Iran, Gulf Arab nations worry about the U.S.’s future plans as its military perceives a growing threat in Asia that requires those missile defenses. Tensions remain high as negotiations appear stalled in Vienna over Iran’s collapsed nuclear deal with world powers, raising the danger of future confrontations in the region.
images/ondertekening.jpg
Omhoog
Plaats reactie
1 bericht • Pagina 1 van 1