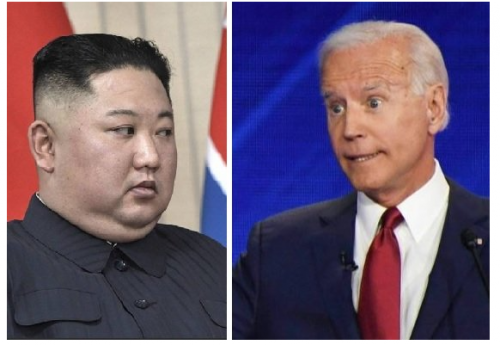 The test firings took place on Saturday and Sunday in yet another provocation amid strained relations with the Biden White House.

“The development of the long-range cruise missile, a strategic weapon of great significance…. has been pushed forward according to the scientific and reliable weapon system development process for the past two years,” the official Korean Central News Agency (state run media) said.

North Korea has successfully test-fired a new type of long-range cruise missile over the weekend, state media reported Monday, a low-level provocation amid stalled talks with the United States.

The test-firings, which took place Saturday and Sunday without leader Kim Jong-un in attendance, came right after the North held a scaled-down military parade, and appeared to be intent on demonstrating its military power in a low-level provocation without violating U.N. sanctions.

The North is banned from using ballistic technology under multiple U.N. Security Council resolutions. Cruise missiles, however, are not subject to the sanctions as they are considered less of a threat than ballistic missiles.

The KCNA said the missiles “traveled for 7,580 seconds along an oval and pattern-8 flight orbits in the air above the territorial land and waters” in North Korea and “hit targets 1,500 km away.”

Recall, Pyongyang launched two missiles in a challenge to Joe Biden in March after he ran his big mouth and fell going up the stairs to Air Force One.

Clueless Biden laughed when a reporter previously asked him about North Korea’s saber-rattling.