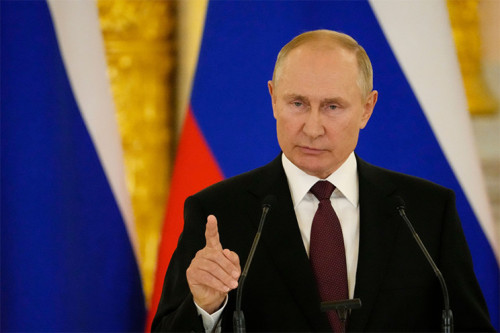 Russian President Vladimir Putin said on August 22, 2021, that he will not allow Afghan refugees into Russia, since he doesn't want to deal with "militants" disguised as asylum-seekers.

The Russian strongman slammed Western nations for placing Afghan refugees in countries even near his border while their US and European visas are being processed.

“Does that mean that they can be sent without visas to those countries, to our neighbors, while they themselves don’t want to take them without visas?” Putin raged to the Russian TASS news agency. “Why is there such a humiliating approach to solving the problem?’

He said he will not accept “militants showing up here under cover of refugees.”

The US has negotiated with various countries to at least temporarily accept Afghans who are fleeing their country after its swift takeover by the Taliban.

The Islamic extremist group took control of the country after President Biden ordered the withdrawal of US forces following a 20-year presence. 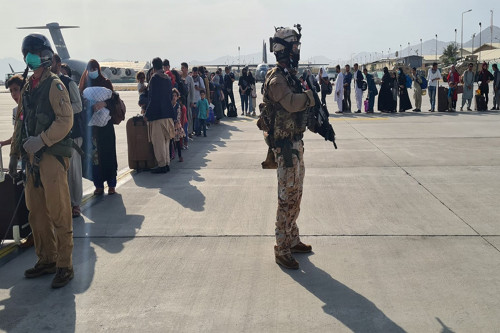 Hundreds of Afghan evacuees line up in an attempt to flee the country after the Taliban regained power.
MINISTERO DELLA DIFESA/AFP

Russian officials have not joined in the effort to evacuate thousands of desperate Afghans at Kabul airport seeking to flee the country.

Rather, the Kremlin has praised the Taliban for “restoring order” to Afghanistan.

“We are seeing the statements the Talibs made about ceasing combat actions, an amnesty for all of those involved in the confrontation, about a need for a nationwide dialogue,” Russian Foreign Minister Sergei Lavrov said. “They are being implemented.”
images/ondertekening.jpg
Omhoog
Plaats reactie
1 bericht • Pagina 1 van 1