Microsoft to Layoff 10,000 Employees as Part of a Massive Cost-Cutting Initiative

Microsoft to Layoff 10,000 Employees as Part of a Massive Cost-Cutting Initiative

Microsoft to Layoff 10,000 Employees as Part of a Massive Cost-Cutting Initiative
By Jim Hoft
Published January 21, 2023 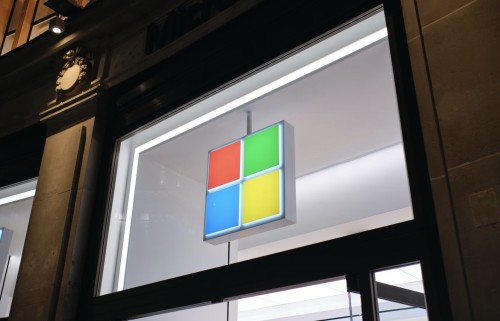 Microsoft announced in a securities filing on Wednesday that it plans to lay off 10,000 employees as part of a massive cost-cutting initiative, making it the latest big company to reduce its workforce due to Biden’s failed policies resulting in economic disaster.

Satya Nadella, CEO of Microsoft, announced in a memo to employees that the company will begin laying off “less than 5 percent of our total employee base” by the end of the company’s fiscal third quarter, which ends in March.

“Today, we are making changes that will result in the reduction of our overall workforce by 10,000 jobs through the end of FY23 Q3,” said Nadella.

“This represents less than 5 percent of our total employee base, with some notifications happening today. It’s important to note that while we are eliminating roles in some areas, we will continue to hire in key strategic areas. We know this is a challenging time for each person impacted. The senior leadership team and I are committed that as we go through this process, we will do so in the most thoughtful and transparent way possible,” he continued.

“I want to extend my deepest thanks and gratitude to everyone who has contributed to Microsoft up to this point and to all of you who will continue to contribute as we chart our path ahead. Thank you for the focus, dedication, and resilience you demonstrate for Microsoft and our customers and partners each day,” he concluded.

The decision to reduce Amazon’s workforce has come under fire after the company hosted an exclusive event in Davos at the Swiss ski resort at which around 50 people watched a performance by Sting.

Microsoft announced the following day that it will be removing 10,000 employees.

Microsoft is the latest company to announce massive layoffs due to the looming recession, thanks to Joe Biden and Democrats.