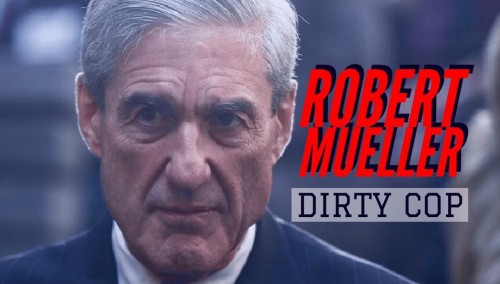 Another request for records from the FBI related to the death of Democrat staffer, Seth Rich in 2016, provides more evidence that the FBI is lying and there is more to the Seth Rich murder than they want to share.

Attorney Ty Clevenger has been requesting records from the FBI and Deep State for years related to the death of Seth Rich. The FBI has done all it can to prevent what they know about Seth Rich from getting out.

But attorney Clevenger has been persistent because he knows there is something the Deep State is not revealing. Last night, the FBI provided another data release in the slow roll of these legitimate requests.

It looks like this release provides more evidence that the efforts to get to the bottom of the Seth Rich murder are necessary.

This is the seventh sworn declaration from this member of the corrupt FBI, declarations that seem always need revisions.

Exhibits 3 and 4 are the FBI’s explanations of why they won’t provide anything about the Crowdstrike report.

In Exhibit 5, the FBI finally admits that Crowdstrike performed the review of “Seth Rich’s” laptop. The FBI admits that they took possession of Seth Rich’s work laptop but never examined the contents. By inference, this means that the FBI and the Mueller exam relied solely on a three-page report from Crowdstrike for the examination of Seth Rich’s report. “So Mueller claimed Seth played no role… WITHOUT EVER INVESTIGATING the laptop.”

The FBI’s Seidel again signs off on his sworn declaration.

Mueller and the deep state didn’t examine Seth Rich’s laptop because they likely knew what they would find and this would end their attempted Russia collusion coup against President Trump.

The Mueller gang knew that Russia didn’t hack the DNC and obtain Hillary and Podesta emails. They purposely didn’t look into Seth Rich’s laptop, nor interview Julian Assange at WikiLeaks, to determine if murdered Seth Rich had anything to do with the emails WikiLeaks released because they likely already knew the answer.

Instead, Mueller, Weissmann and gang proceeded in there attempt to remove President Trump from office knowing Russia collusion was a lie.

The FBI and Deep State continue to stall their release of records on Seth Rich. These years of stalling can only mean that there must be more there to this story.
images/ondertekening.jpg
Omhoog
Plaats reactie
1 bericht • Pagina 1 van 1