Elon Musk Throws Shade on the Most Powerful Club in the World
The billionaire entrepreneur declined an invitation from the World Economic Forum, the new edition of which has just opened. 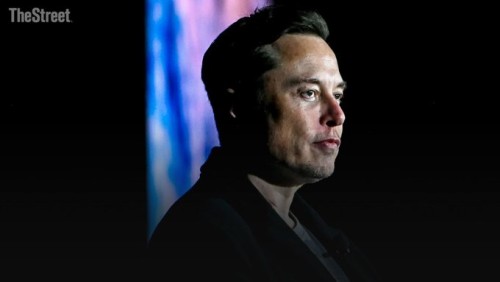 The World Economic Forum in Davos is back to normal.

The annual meeting of the world's political and economic elites opened on January 16 in the ski resort of Davos in Switzerland.

After nearly a year of war in Ukraine and in the face of the climate emergency, this year's ambition is to find a way to "cooperate in a fragmented world" between war in Ukraine, climate change and globalization in existential crisis.

"The world today is at a critical inflection point," the World Economic Forum (WEF) said on its website. "The twin triggers of the Covid-19 pandemic and the war in Ukraine rattled an already brittle global system. Economic growth in the world’s largest economies is stalling, while navigating headwinds from rising food and energy prices."

This year, the meeting "is held in the most complex geopolitical and geo-economic context for decades", underlined the president of the WEF, Borge Brende.

'I Was Invited'
The Covid-19 pandemic, trade disputes between China and the United States, and the war in Ukraine have contributed in recent years to multiplying geopolitical fault lines and fueling more protectionist policies.

One of the main causes of this fragmentation is a lack of cooperation, and it results in short-term and selfish policies, regretted the founder of the WEF, Klaus Schwab.

To reflect and discuss all these issues, the WEF welcomes 52 heads of state and government and nearly 600 CEOs, including JPMorgan Chase CEO Jamie Dimon and BlackRock CEO Larry Fink.

One major CEO will not be there, however. This is Elon Musk, the CEO of the manufacturer of electric vehicles Tesla (TSLA) - Get Free Report. Musk had revealed in December to have received an invitation but to have declined it.

"I was invited to WEF, but declined," the billionaire said on Dec. 24.

The billionaire who became the most influential boss in the world explained that his decision was due to the fact that he found Davos boring.

"My reason for declining the Davos invitation was not because I thought they were engaged in diabolical scheming, but because it sounded boring," the serial entrepreneur explained on December 31.

WEF Gives 'Me the Willies'
Musk's refusal to take part in the Davos Forum comes at a time when this circle of political leaders, business executives, cultural trend-setters and international organization chiefs is facing increasingly violent criticism.

These critics challenge the power and influence of this gathering of elites, and in particular of its founder. Musk seems to share these criticisms. This is what he has just suggested in a message posted on Twitter on January 15, the day before the opening of the Forum.

If the Techno King, his title at Tesla, recognizes the need to have a space or a forum where there are exchanges and a dialogue between the private sector and the governments, he seems to think that the World Economic Forum is not the good frame or is just all perfect.

It all started with a message from author Michael Shellenberger, promoting one of his blog post about Klaus Schwab, the founder of the WEF.

"The World Economic Forum's Davos summit starts tomorrow. Its founder, Klaus Schwab, is one of the most influential men alive. He even participated in the G-20 summit of world leaders last November," Shellenberger tweeted. "Why is that? And who, exactly, is Klaus Schwab?"

Musk immediately jumped at the chance to comment and give his views on Davos.

"I guess there’s value to having a mixed government & commercial forum of some kind," the billionaire said. "WEF does kinda give me the willies though, but I’m sure everything is fine

Earlier, the tech mogul, who mocks all things ESG (environment, social and corporate governance), had already made a sarcastic comment after a tweet from Shellenberger about the WEF.

"WEF says its wealth is managed by an internal Investment Committee that seeks to incorporate 'environmental, social and governance (ESG) criteria in its investment strategy to manage the foundation’s long-term strategic reserves," Shellenberger wrote.

"The S in ESG stands for Satanic," Musk commented.

The WEF says it is committed to improving the state of the world, encouraging forward-looking and sustained debate on how to tackle global issues.

But critics accuse the WEF elites, lodged in the luxurious hotels of Davos, of being completely disconnected from ordinary people, of having a polluting and outrageous way of life.

Therefore, they see the WEF as a forum of elites wanting to impose its globalist agenda rather than a possible antidote to many global problems. As a result, the Forum concentrates most of the frustrations against globalization.
images/ondertekening.jpg
Omhoog
Plaats reactie
1 bericht • Pagina 1 van 1