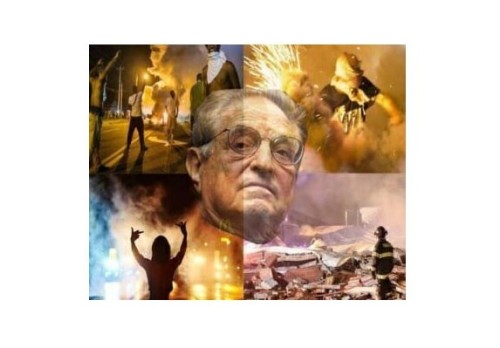 George Soros: Due to an unavoidable scheduling conflict, regrettably I cannot attend the WEF Annual Meeting in Davos this year as I have in past years. I plan to deliver a speech in Munich on the eve of the Munich Security Conference in February.

Last year billionaire leftist George Soros told the World Economic Forum that Russia’s invasion of Ukraine has “shaken Europe to its core” and could lead to the next World War.”

Soros added, “Other issues that concern all of humanity, fighting pandemics and climate change, avoiding nuclear war, maintaining global institutions, have had to take a back seat to that struggle.”

Soros warned the Davos crowd, “That’s why I say our civilization may not survive.”

This is exactly what war detractors have been saying for several weeks now.