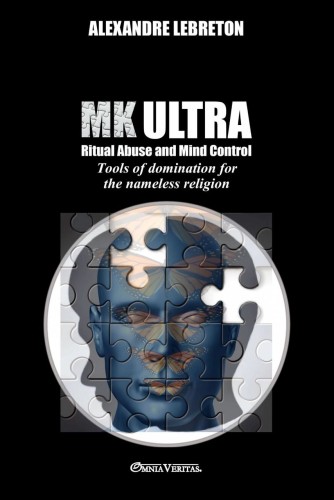 For the first time a book attempts to explore the complex issues of traumatic ritual abuse and the mind control that results from it. It is an attempt to delve into the heavy issue of elitist pedocriminality, also called pedo-satanism. How does the brain of a child react to such horrors? How is it possible to mentally program a human being? What are the roots of such practices?

By going back to the ancient religions, passing through ancestral shamanism, while cross-checking the numerous testimonies of victims and therapists, but also of repentants, we discover little by little that these psycho-spiritual practices, which consist in creating deep states of modified consciousness through traumas, are a Pandora's box allowing to perpetuate a mental slavery but also to access other dimensions. It is an occult and subterranean world, but which paradoxically speaks to us of enlightenment while clearly displaying itself in the spotlight of the great world theater, notably in show business.

Just like a split and amnesic memory, this book reconstitutes a kind of MK puzzle (MK for Mind-Kontrol) whose different pieces link at the same time the so-called "mystery" religions, anthropology, psychotraumatology, transgenerational Satanism, governmental programs of the MK-Ultra type, demonology, sexual magic, secret societies, but also the entertainment industry, whose codes and symbols make an MK subculture more and more explicit and revealing. Once all these pieces are put together in a coherent way, part of the arcane of this world starts to become accessible; an essential key to understanding the pedo-satanic system and more globally what we call today the New World Order.

The bases of mental control apply as much to the individual as to the masses, it is the primary tool of domination of the "Religion without a name"... the eye of the storm.This book attempts to piece together the MK puzzle as best as possible, and should help you to understand one of the most obscure aspects of our world, and perhaps also enlighten you on our current situation, both material and spiritual.