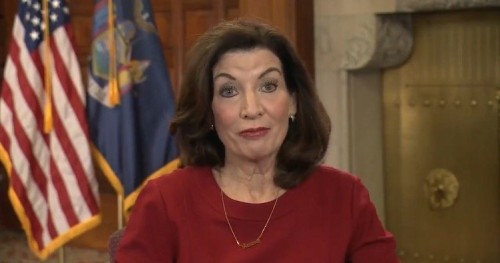 The bill was signed on Tuesday after being passed by the state legislature back in June.

“I will ensure that New York continues to be the center of financial innovation, while also taking important steps to prioritize the protection of our environment,” Hochul said in a statement.

The Associated Press reports that “the new law sets a two-year moratorium on new and renewed air permits for fossil fuel power plants used for energy-intensive ‘proof-of-work’ cryptocurrency mining — a term for the computational process that records and secures transactions in bitcoin and similar forms of digital money. Proof-of-work is the blockchain-based algorithm used by bitcoin and some other cryptocurrencies.”

“The law also requires the Department of Environmental Conservation to asses how cryptomining affects the state’s ability to meet its climate goals,” the report continues. “Environmentalists said New York was undermining those goals by letting cryptomining operations run their own natural gas-burning power plants.

Crypto activists argued that the bill hinders financial growth in the state while ignoring other industries that utilize fossil fuels.