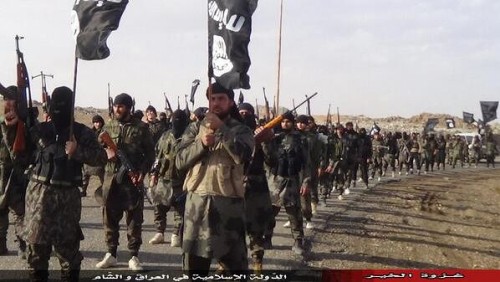 Holding the World Cup in the predominately Muslim country of Qatar has resulted in cultural conflicts and threats of violence.

From banning alcohol sales at game venues, to comments by the Qatar World Cup Ambassador, to allegations of labor abuses, the international event is fraught with controversy.


Now, terrorist organization Al-Qaeda has called for a jihad against visitors, even suggesting Muslims should stone attendees. Additionally, they have called for Muslims to not attend the event.

The Daily Star reports:
Terrorist group Al-Qaeda has called on its followers to “wage jihad” at the World Cup in Qatar.

In comments reported by journalist Wassim Nasr, the group said it was time to wage physical “jihad” in the face of the “invasion” of Qatar by the World Cup which they claim is designed to “destroy Muslim communities and values”.

Chillingly, the group appeared to advocate violence towards people travelling to the country.

“Their acts are alien to our conservative societies and our Muslim peoples. Only they [Muslims] can do their jobs by stoning them,” the translation of the statement read.

The murderous organisation, pointing its finger at the West, said: “They are now bringing down other types of cultural invasion, another type of destructive intellectual war.

“One of their most important goals is to revive the heritage of lots of people in the region by reviving pornography and normalizing with the vice of homosexuality, while working hard to restore as much as possible of the leftover “pornographic” historical monuments of the Red Flag in Mecca, and to revive the national heritage of those who have taken them.”

The terrorist group also said Middle Eastern countries were responsible for letting in an “invasion” of the Arabian Peninsula by “Zionist-Crusaders”.

Translation: #AlQaeda calls for a boycott of the world cup at #Qatar , “About the pornographic campaign against the Mohamed peninsula” accusing the Gulf countries of “working in the pay of the crusaders to keep Muslims away from the peninsula of their Muslim faith
images/ondertekening.jpg
Omhoog
Plaats reactie
1 bericht • Pagina 1 van 1