Brazilians Resist As Child Services Moves To Take Children Away From Election Protesters.

Brazilians Resist As Child Services Moves To Take Children Away From Election Protesters.

Brazilians Resist As Child Services Moves To Take Children Away From Election Protesters.
BY: JAYNE ZIRKLE
by EDITOR November 20, 2022 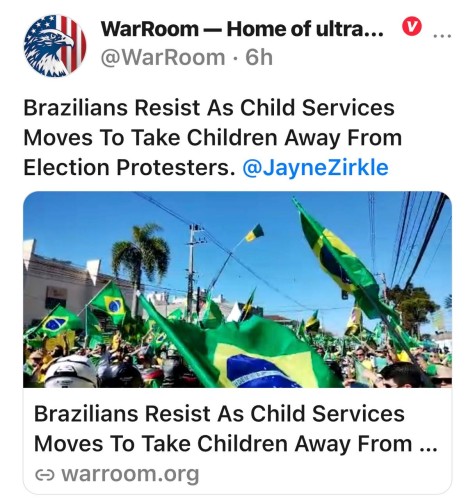 The Brazilian Tutelary Council has begun removing the children of Brazilian election protesters from their parents’ custody. This comes after the National Council of Justice in Brazil issued an order to verify the condition of children involved in protests that have dominated the country following the election of far-left politician Lula da Silva. 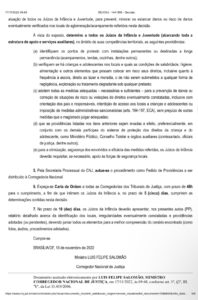 The order outlines a plan to identify protest points and inspect them for children. The Public Ministry, Guardianship Council, and auxiliary bodies have been assigned to “protect the children,” removing them from the protests and their parents’ custody when they deem necessary.

In a move that many Brazilians have called an effort to aid dictatorship, the left wing Brazilian Supreme Court engaged in censorship tactics.

The National Council of Justice’s order is the latest action taken by the Brazilian Government to silence the Brazilian people and attempt to vanquish protests that have overtaken the country.

A number of videos have surfaced on Twitter of a November 18th incident where the Tutelary Council was caught forcibly removing children from their parents in front of the Army Battalion on Av.Fernandes Lima – Maceió-AL. The protesters resisted the attempted separation.

The protesters have responded to the actions of the National Council of Justice by further engaging in demonstrations.

Children and their parents have been marching peacefully in an effort to bring awareness to their cause.

The order was signed by the Justice Inspector, Minister Luis Felipe Salomao. Salomao was first appointed as a minister by then President Lula in 2008. The minister was the rapporteur of the PT action that called for the impeachment of President Jair Bolsonaro’s (PL) ticket on the Superior Electoral Court.

Massive protests continue across Brazil as the people call on the military to aid them in stopping the transfer of power to Lula da Silva over concerns of election fraud.
images/ondertekening.jpg
Omhoog
Plaats reactie
1 bericht • Pagina 1 van 1