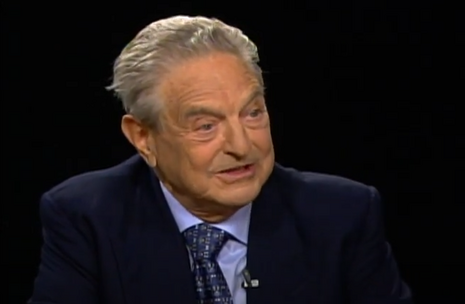 Liberal billionaire George Soros funded groups that are now urging the heads of major Big Tech platforms to step up their censorship just before the 2022 midterm elections.

The Soros-funded Leadership Conference on Civil and Human Rights (LCCHR) spearheaded an Oct. 13 open letter signed by 11 other liberal groups pining for Big Tech to “[t]ake immediate steps to curb the spread of voting disinformation in the midterms and future elections and to help prevent the undermining of our democracy.”

The letter agonized over how “[t]he 2022 midterm elections are only a few weeks away, but online disinformation continues to confuse, intimidate, and harass voters, suppress the right to vote, and otherwise disrupt our democracy.”

MRC President Brent Bozell didn’t mince words about what side of the political aisle was going to be most affected by what the Soros-funded groups were urging. “Soros spent $30M on groups trying to get Big Tech to censor conservatives ahead of the midterms," Bozell said in a statement.

The letter doesn’t only target election-related posts on Big Tech platforms. It also demands that actions be taken against political candidates:

[T]here is very little in your 2022 policies that reflects the ongoing and new challenges facing us as the midterms approach. Many of the bad actors and election deniers have continued and stepped up their online spread of false information since 2020, and some are even on the ballots for elected office in 2022. The policies and actions by platforms must do more to specifically combat these trends in 2022 and beyond, [emphasis added]. 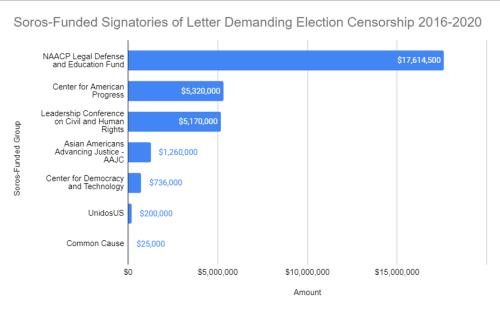 The letter railed that Big Tech platforms haven’t done enough to censor so-called “mis/disinformation,” and urged more activism on the censorship front. “While your companies have recently made announcements regarding 2022 policy updates to combat election disinformation, we have yet to see meaningful steps on the actions that we requested in” another May 2022 petition signed by more than 120 groups.

The latest letter endorsed actions by several platforms — including Facebook and Twitter — to update “voter interference and disinformation policies.” The leftist groups praised how the efforts “demonstrate that your companies understand the importance of addressing voting disinformation.” However, the letter nagged, “the policies have little or no effect unless you enforce them continually and consistently.”

Censorship before a U.S. election is not a new phenomenon. Big Media and Big Tech stole the 2020 election, throwing it to President Joe Biden. A 2020 MRC poll found that 45 percent of Biden voters weren’t fully aware of the New York Post story exposing alleged corrupt dealings involving him and his son Hunter precisely because Big Media and Big Tech whitewashed it in the name of blocking so-called “disinformation.”

Had Americans been fully aware of the scandal, the poll found, 9.4 percent of Biden voters would not have voted for him. This shift would have flipped all six of the swing states Biden won to former President Donald Trump, giving Trump a victorious 311 electoral votes and sealing a second presidential term.