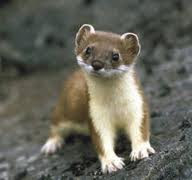 "Stoats were also supposed to hold the souls of infants who died before baptism"
https://amayodruid.blogspot.com/2011/05 ... easog.html 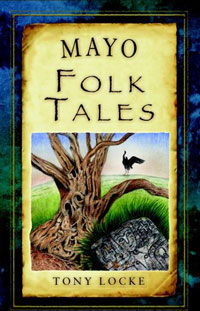 Stoat. Easóg. Often referred to as ‘The Weasel’ in Ireland.

The Irish name Easóg refers to its eel like shape (eas is the Irish for eel) and when it runs its body undulates.

Rarely encountered in the flesh, but common in country tales, stoat packs have long hunted the borderland between folklore and natural history. It was once believed that the stoat was a form of cat brought to our shores as a pet by the Anglo-Normans.

The stoat has been present in Ireland since before the Ice Age, and possibly survived here through the Ice Age too. In fact, we have our very own sub-species, with a whiter belly, that is only found in Ireland and the Isle of Man.

On a mild, sunny day in March, a man was walking down a Yorkshire lane. Partridges were calling in the stubble, there was a blue haze in the air, and all was quiet in that part of the world.

Suddenly, as he walked, a pack of small animals charged down the bank into the lane and all about him. They leaped at him red-eyed, snapping little white fangs, leaping, dancing, darting, and as agile as snakes on four legs. Indeed, they looked like furry snakes, with their short legs, their long, undulating bodies, their little pointed heads, their flattened ears, rat-like tails and little murderous eyes.

The man laid about him with his stick. He knocked six or eight flying into the ditches on either side. He kicked off two or three that had fastened their fangs into his trouser leg. And those that he had knocked flying with blows that would have stunned a dog came out of the ditches and at him again. So, after a minute or two of this cut-and-thrust business, he took a good sharp run down the lane.

The man in question was Sir Alfred Pease, "a brave man who knows more about animals than most", and it was thus that J Wentworth Day described, in the 1930s, Sir Alfred's encounter with a stoat pack.

The stoat (Mustela erminea) is a member of the family mustelidae that includes weasels, ferrets, martens and otters. We are familiar with the paralysis it can inflict on rabbits, even at some distance, without knowing quite how it does it.

Well documented also is the stoat's whirling Dervish-like dance that mesmerises other animals until it darts forward and seizes one. Slightly less explicable is the dance that witnesses have reported the stoat performing as if in triumph over its already dispatched prey: "It ran round and round the dead bird," wrote one, "sometimes almost turning head over heels; then it would break away and race off into the bushes, then back out again." Stranger still is the fact that stoats carry their dead - appearing soon after one of their kind has been killed to drag the corpse into a hiding place.

It is perhaps such behaviour, along with their almost preternatural speed and flexibility, which have given stoats a slightly uncanny character. They are elusive, usually solitary animals; collectively, however, they can induce a feeling of menace.

No one is really sure why stoats occasionally form packs. The ability to hunt bigger prey is one obvious motive, yet as many stoat packs have been recorded in times of plenty - high summer for instance - as during hard winters. A female stoat hunting with her large brood of kits (usually between six and 12), or an accidental meeting of two family groups, giving a false impression of an organised pack, has also been suggested.

In Irish mythology, stoats were viewed as if they had human like abilities, as animals with families, which held rituals for their dead. They were also viewed as noxious animals prone to thieving and their saliva was said to be able to poison a grown man. They were even believed to understand human speech. So greet them politely or suffer the consequences.

To encounter a stoat when setting out for a journey was considered bad luck, but one could avert this by greeting the stoat as a neighbour.

It was believed that if you killed a stoat its family would return and spit in the milk churn to poison it.

A purse or wallet made from the skin of a stoat was believed to bring great fortune for it would never be empty.

The skin of a stoat was said to cure rat bites.

If a woman cut off the testicles of a male stoat, stitched them into a wee bag and wore it round her neck it would act as a form of contraception. Well it would put me off.

We have a stoat that lives in one of our banks next to some stone steps. It has never harmed our chickens and ducks or to my knowledge any other of the wild birds. We have a blackbird that has a white spot on its shoulder and lives in a group of bushes near the stoat and he has been there about four years. The stoat is unusual as we have witnessed it a couple of times playing tag with a rat, as the two species are said to be sworn enemies it is this I find unusual. Recently we saw a smaller stoat, is this a female or are they breeding? I'll keep you posted.

Exams over, summer is upon us, time to relax.

Stoats are totally protected in Ireland. If stoats are proving a problem, by killing chicks or other domestic animals, you must solve the problem by using good fencing; it is illegal to kill a stoat.