EXCLUSIVE: Large Sections of the Border Wall Have Been REMOVED and Left WIDE OPEN Along Heavily Trafficked Drug Route in Southern Arizona
By Julian Conradson
Published September 12, 2021 at 6:16pm

TGP reporter Julian Conradson traveled to the US southern border in Arizona last week.
This is his first report from the open US border. 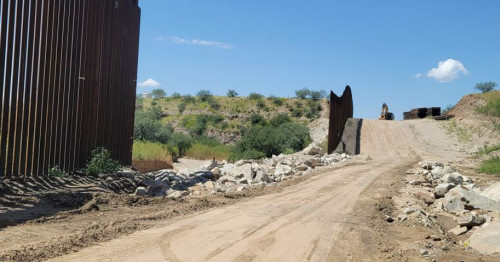 Thanks to its close proximity to Mexico, Tucson, Arizona has long been a national-level distribution center for illicit drugs that have been illegally trafficked across the southern border.

Drug traffickers only have to cross about 65 miles of desert to reach the city, and the endless network of isolated trails along the way provide the perfect path to complete the journey undetected.

Trump made securing the area a top priority and was able to construct almost 245 miles of wall along the Arizona-Mexico border, cutting off countless access points that had been used by illegal crossers for years.

Now, the trails have been opened up again since President Trump left office.

In one of the most heavily-trafficked areas in southern Arizona, that is a favorite of Mexican drug runners, large sections of already-constructed border wall have been cut out and have inexplicably been left wide open and unsupervised.

Smugglers are now free to go back and forth as they please. All they need to do is look both ways and make sure there is no agent in sight – and thanks to the fiasco border agents are dealing with, there usually isn’t one. 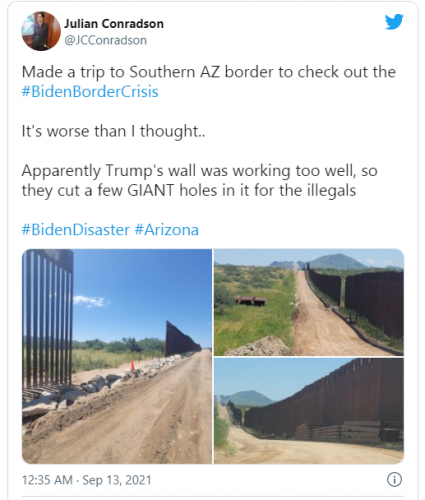 In just one 5 mile stretch of wall, at least a half dozen sections had been removed.

According to a local guide who has been to the wall multiple times since it was constructed, the cutout sections are new, as of the past couple of months, and had previously been fully intact along this particular stretch. 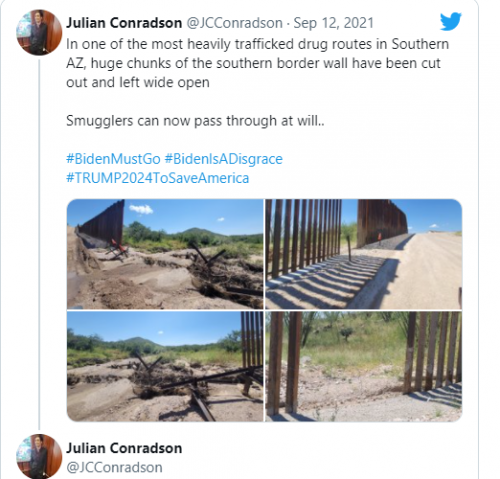 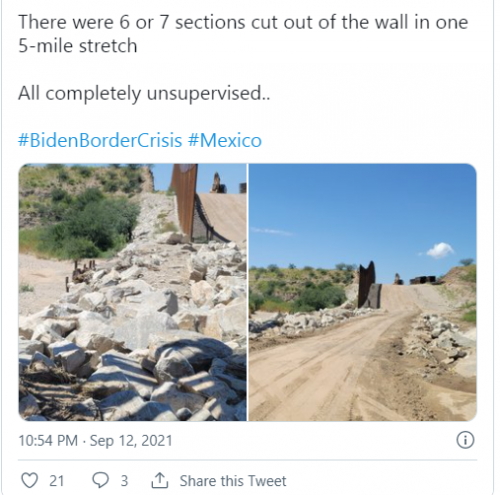 Under Trump, the area had become much more secure. He had put up a barrier that was working and severely limiting illegal crossing and drug smuggling in the area. But ever since Biden kicked off his border crisis, the locals have noticed a large resurgence of drug smugglers crossing the valley on their way to Tucson.

Well, now we know how so many are getting through.

Biden has been in dereliction of his presidential oath since day one, and has even made it easier for dangerous drugs like fentanyl – that have claimed the lives of so many Americans – to flow across the open US border.

It’s one thing to vow that “not one foot of wall will be built” during this fraudulent administration, but it’s borderline criminal to tear down the wall or see the wall torn down in sections that are in place to protect our citizens.