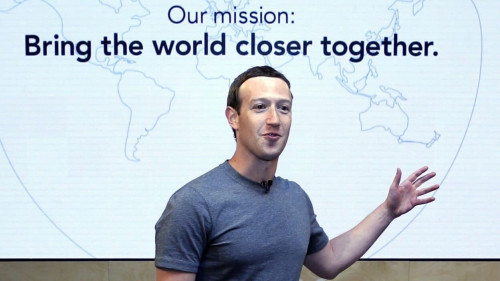 NEW - Facebook will adjust its algorithm (again) to reduce the visibility of political posts, according to a report in Axios, a move that will hurt the top-performing political pages on the platform — most of which are conservative.

Facebook already reduced the amount of political content for users earlier this year, a move that Axios acknowledged hit conservative publishers more than others:

Facebook plans to announce that it will de-emphasize political posts and current events content in the News Feed based on negative user feedback, Axios has learned. It also plans to expand tests to limit the amount of political content that people see in their News Feeds to more countries outside of the U.S.

Why it matters: The changes could reduce traffic to some news publishers, particularly companies that post a lot of political content.

Instead, it will begin placing a higher emphasis on other types of user feedback, like responses to surveys.
The company will also begin testing efforts to limit political content in several new countries, including Costa Rica, Sweden, Spain, and Ireland.
Between the lines: These efforts are part of a gradual effort by Facebook to make its users' experiences less political and contentious.

Earlier this year, the company began testing limiting political content in News Feeds in the U.S., Canada, Brazil and Indonesia. In January, it said it would stop providing recommendations for users to join civic and political groups.
User feedback showed people liked these changes.
The big picture: Following the 2020 election, Facebook tried to limit the amount of political content users interact with on its platform, but it is still regularly criticized over the amount of political misinformation it distributes.

Current events and breaking news content is most likely to be exploited by bad actors for misinformation, because stories on breaking news events are difficult to fact-check as they unfold.
Facebook has said that political topics only account for a small amount (6%) of the overall content that users engage with, although it's unclear exactly how the company defines political content.
What to watch: Facebook plans to roll out these changes gradually, so as not to catch too many political and news publishers off guard. It's likely that it will expand its tests over time to more countries.