TRUMP: ‘I DO BELIEVE THEY ARE GOING TO DECERTIFY THE ELECTION’
by Grace Saldana September 10, 2021 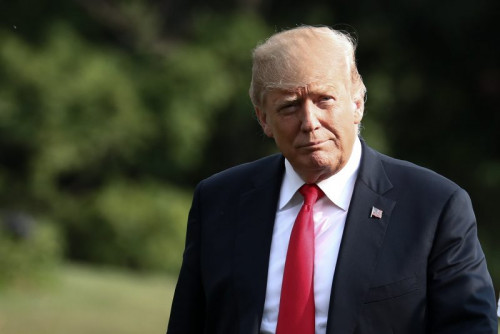 President Donald Trump just dropped bombshell news on the matter of election integrity by predicting that officials will “decertify” the 2020 presidential election.

Discussing consequences for the “rigged” election, Trump told Jim Hoft, founder of The Gateway Pundit, during a Friday afternoon interview, “I do believe they are going to decertify the election.”

“They know it was rigged,” he added after a week of damning reports alleging vast voter irregularities in Maricopa County.

Addressing the Arizona canvassing report published by Liz Harris which claimed that the number of “lost” votes identified in Maricopa County is 173,104, or the equivalent of nearly three Sun Devil stadiums, she said during an interview on Steve Bannon’s “War Room” this week. “2.5 times that stadium is the number of people in Maricopa County whose votes were lost.”

In addition to missing votes, the report also identified 96,389 “ghost” votes which are described as “mail-in votes that likely could not have been physically cast by the voter that the vote was registered to,” because of address changes.

“These voters did not have a secondary mailing address and were either unknown to the residents who lived at their voting address since September 2020 or were known but confirmed to not have lived at the residence since prior to the election, and often had not lived there for many years.”

The combined number of “lost” and “ghost” votes, as well as many more inaccurate votes were discovered by canvassers, brings the total vote discrepancies to 269,493 – and that’s just one county in the state of Arizona.

Trump called Liz Harris a “patriot” for her findings, praising the report that alleges hundreds of thousands of “lost” or “ghost” votes.

On the matter of Arizona, Trump added “I lost at a very close number, but we were way up ahead,” and someone is “going to have to ask Fox,” about their curious early call for Arizona to go to Biden.
images/ondertekening.jpg
Omhoog
Plaats reactie
1 bericht • Pagina 1 van 1