Prince Andrew ‘convinced’ he will brush off rape claims

Prince Andrew ‘convinced’ he will brush off rape claims 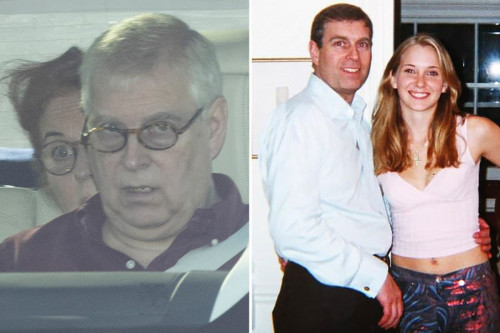 PRINCE Andrew believes he could return to public life as soon as the Queen’s Platinum Jubilee next year, it has been reported.

The Duke of York allegedly told pals that the scandal surrounding sexual assault allegations against him will “blow over”.
Prince Andrew believes he could return to public life next year, according to reports

Andrew, 61, is yet to respond to a sex abuse civil claim lodged in a New York court a month ago.

Jeffrey Epstein’s former sex slave Virginia Giuffre accuses him of “rape in the first degree” and there have been “multiple attempts” to serve him with papers for the lawsuit.

Andrew, who fled his Windsor mansion for the Scottish Highlands on Tuesday, has previously denied any wrongdoing.

And a source said he remains “utterly convinced” that he will be able to brush off the claims.

One source close to the royal told The Mirror: “It is clear he (Andrew) has a clear and burning desire to return to work as soon as possible.

"That may look entirely impossible but if anything he’s become emboldened in recent weeks and remains utterly convinced he will not only be exonerated but will certainly forge a way back to public life.

“Certainly he has given the incredibly bullish impression that this will all blow over within a short while, rather than become a protracted issue.”

It comes after Andrew travelled 500 miles to avoid the sex abuse lawsuit, later holding luncthime talks with the Queen at a secluded fishing lodge.

The Duke of York spent 90 minutes with his mum at the lodge on her private Balmoral estate.

“He must have gone out via the back door because he had been made aware of a photographer.

“The Queen looked very relaxed and wasn’t concerned about having her picture taken. Clearly, Andrew is far more eager to avoid the spotlight.”

Balmoral insiders expect Andrew to remain there for “at least two weeks” — including when the court hearing takes place in New York on Monday.

Buckingham Palace declined to comment.Prince Andrew engaged in lunchtime talks with The Queen at a fishing lodge on her estate on Wednesday
The prince made a bolt for the safety of Balmoral to avoid 'multiple attempts' to serve sex assault legal papers at his Windsor mansion
images/ondertekening.jpg
Omhoog
Plaats reactie
1 bericht • Pagina 1 van 1